Jaguar TCS Racing has finished a strong week of testing ahead of the start of season eight of the ABB FIA Formula E World Championship, completing 434 laps at Circuit Ricardo Tormo, Valencia.

The team finished its comprehensive testing programme with Mitch Evans and Sam Bird – one of the strongest driver line-ups in Formula E – gaining vital data to develop the Jaguar I-TYPE 5, as well as trying out the new qualifying format and completing crucial pit stop practices with the team.

During the testing sessions, Bird and Evans travelled 1460km in total - the equivalent of London to Monaco - after each completing 217 laps. Briton Sam Bird started his testing week positively, topping the time sheets in session one and demonstrating the Jaguar I-TYPE 5’s potential for the season ahead, while Mitch Evans topped the practice qualifying session times. 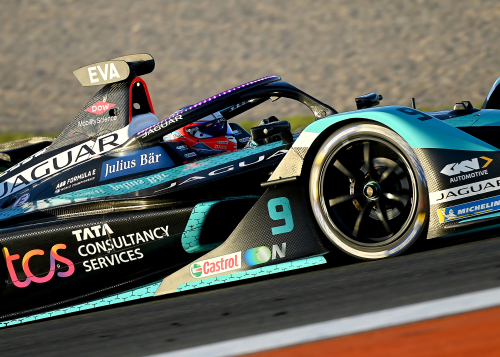 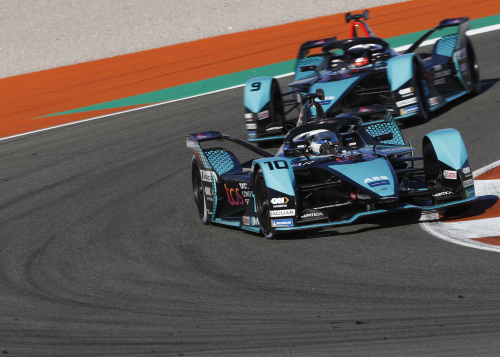 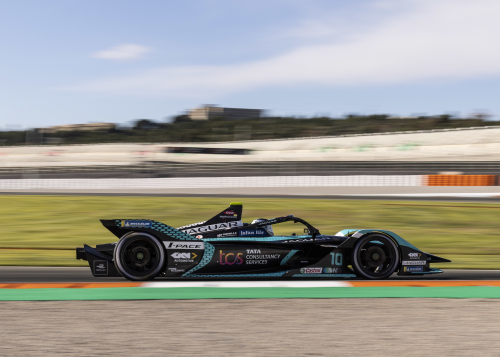 It’s been a really constructive week in Valencia for the team. We’ve tested out the new Formula E qualifying format which was a success with both the drivers and team operations performing well. We’ve also been able to put the Jaguar I-TYPE 5 through its paces after rebuilding the race cars and developing our software in during the off season. We used the time here in Valencia well and will now continue our preparations ahead of the first race of the season in Saudi Arabia – the drivers are on great form, the team is operating really well and we are all excited to go racing in January 2022.

I think overall it's been a good week. You always go through different waves, particularly when there is three full days of testing. We started off strong and hit the ground running which is promising. We've been competitive in every session, every day this week which has been really encouraging. We got through everything we planned to do, we've got some good data to review and I'm looking forward to January for the first race of the season.

I’m so pleased with all the work the Jaguar TCS Racing team have done this week in Valencia. We’ve learnt a lot about the Jaguar I-TYPE 5 and where we need to progress before Saudi Arabia. I feel in a strong place as a team and certainly feel like we’re going to Saudi Arabia with positive momentum and a lot to look forward to.

Formula E is a real-world test bed for Jaguar with its journey to becoming an all-electric luxury brand from 2025. Jaguar TCS Racing will deliver new sustainable technologies and set new benchmarks in quality in support of Jaguar Land Rover’s Reimagine strategy.

Jaguar TCS Racing goal is to ‘Reimagine Racing’ and together the team will test, develop, learn and collaborate, sharing insights across Jaguar Land Rover which will benefit future road car development. Specifically, learnings and technology transfer from Formula E will help ‘Reimagine” the Jaguar brand coinciding with the company’s commitment to the Gen3 era of Formula E.

As an official manufacturer team in Formula E, Jaguar TCS Racing designs its own powertrain, which includes the motor, transmission, inverter and rear suspension.

To control costs, the carbon fibre chassis and battery are common components and the same for all eleven teams. This allows the focus to be on developing electric vehicle powertrains which are efficient and lightweight which will improve the performance and range of future Jaguar Land Rover electric vehicles.

The 2021/22 Formula E season is the second season of World Championship status as granted by the FIA – the sport’s governing body. It will be the fourth and final year for the teams to be racing with the futuristic Gen2 race cars.

Teams have two race cars, one per driver, which will be used for the full race distance of 45 minutes plus 1 lap.

Beyond its all-electric concept, Formula E is unique in the world of motorsport for its choice of venues. The championship takes place on temporary street circuits in the centre of the world’s major cities including Diriyah, Mexico City, Rome, Monaco, New York, London and ending in a double-header race weekend in Seoul.

New Zealander, Mitch Evans finished season seven fourth in the drivers' championship and Jaguar TCS Racing finished second in the teams' standings - the most successful so far in Jaguar TCS Racing’s Formula E history - with eight podiums, two wins, one pole position and 177 points scored. After his first season with the team, Briton, Sam Bird finished sixth in the championship with two wins, three podiums and a pole position

Formula E remains a key priority for Jaguar Land Rover and the company’s Reimagine strategy. As the only all-electric world championship, Formula E allows us to test and develop new electric vehicle technologies in a high-performance environment. It continues to be the test-bed for our Race to Innovate mission that will see Race to Road and Road to Race learnings that will help shape our electric future – a future that Jaguar is passionate about, and dedicated to for the benefit of our society, the changing landscape of mobility, sustainability and our customers.