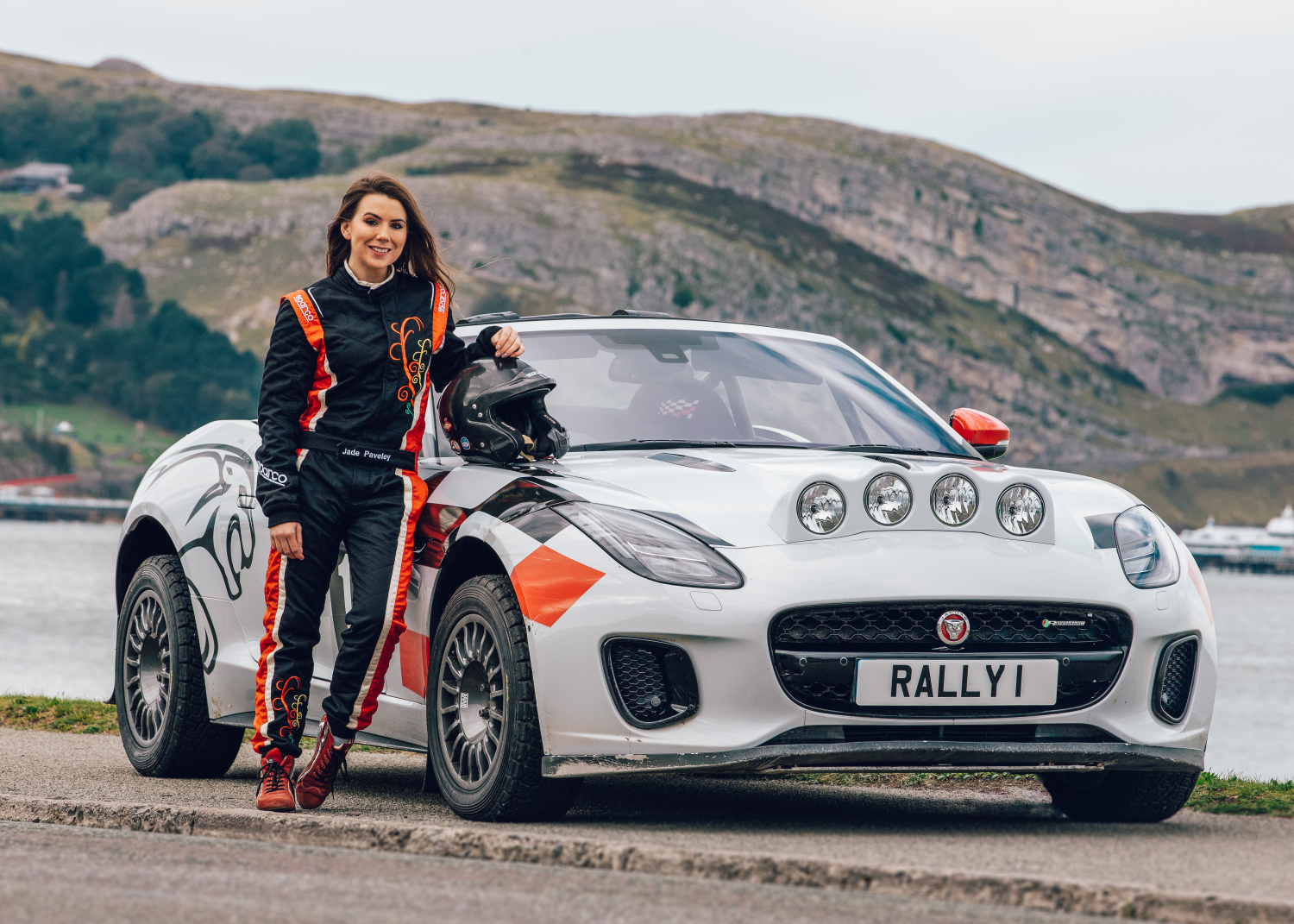 The F-TYPE has always delivered outstanding agility, exploitable performance and a driving experience that is second-to-none. So we had the perfect starting point to develop a rally version which would showcase the responsive dynamics and engaging powertrain which are fundamental to the appeal of this beautiful sports car.

It has proven to be a fitting tribute to the legendary Jaguar XK120 rally car ‘NUB 120’ and for it to be driven in public for the last time at Wales Rally GB is the perfect way for the F-TYPE rally car to sign off. 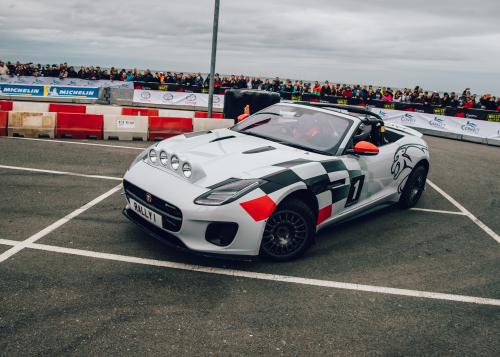 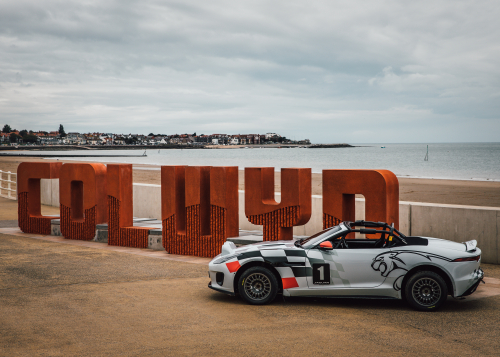 North Wales is my home, so to have the opportunity to drive this amazing F-TYPE rally car at Wales Rally GB means a lot to me. It’s been a real privilege to put it through its paces here in Colwyn Bay on its last official public appearance.”

The car driven on the penultimate day of Wales Rally GB, Britain’s round of the World Rally Championship, is one of only two in the world. The Rally cars were built to celebrate 70 years since the introduction of Jaguar’s first sports car - the XK 120 in 1948. The models pay particular homage to the legendary ‘NUB 120’ which completed three consecutive Alpine Rallies without incurring a single penalty point and won the RAC and Tulip rallies in the early 1950’s. 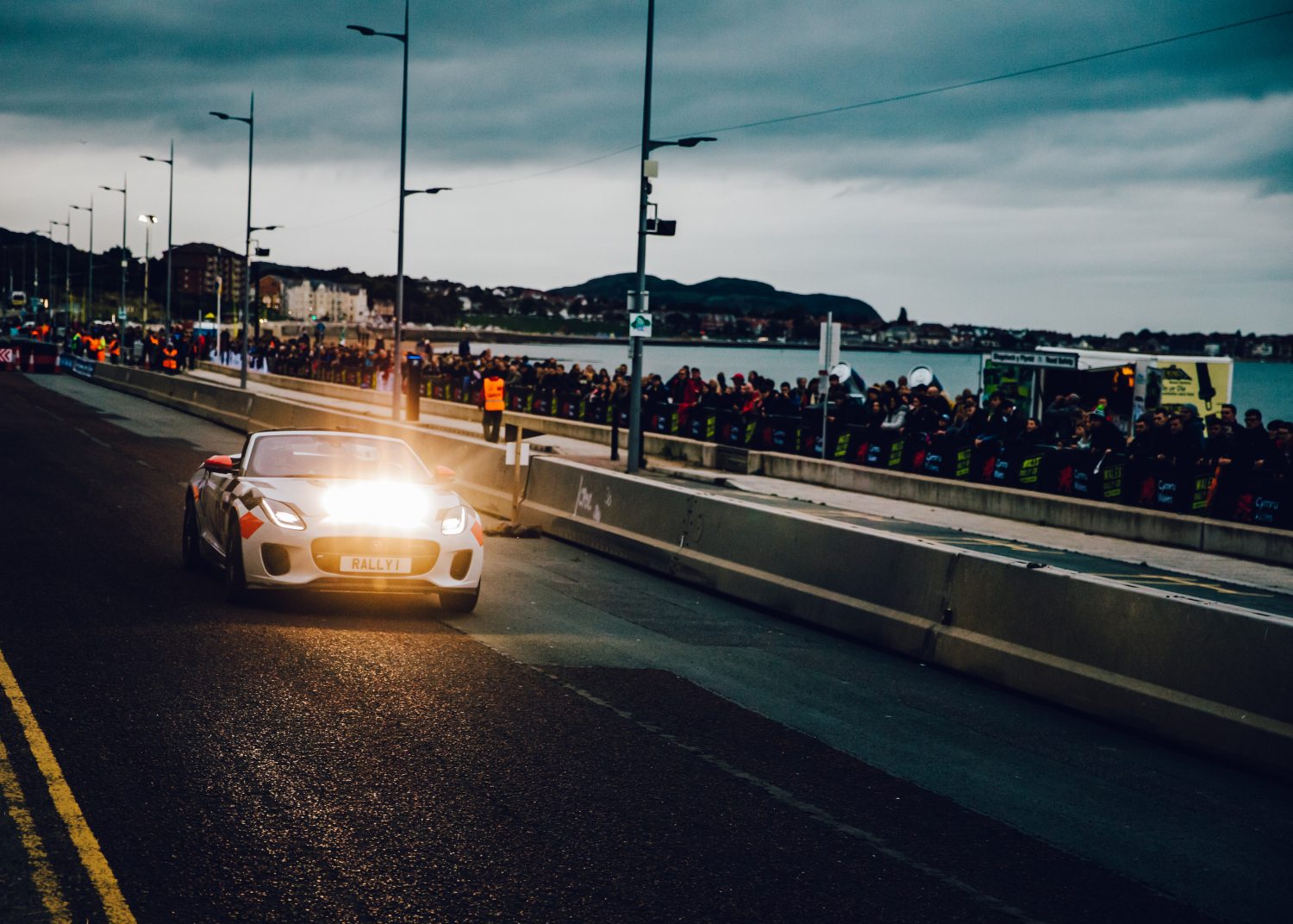 They were first put through their paces in November 2018 in South Wales to demonstrate their performance credentials on gravel. After almost 12 months of appearances at Jaguar events, the special tarmac stage near the sweeping sands of Colwyn Bay, North Wales, was the perfect place for a final official public appearance. Wales Rally GB finishes in Llandudno on Sunday 6 October.

About the Jaguar F-TYPE Rally Cars

Jaguar created two F-TYPE Convertible rally cars in 2018 to continue its celebration of 70 years of Jaguar sports cars since the introduction of the XK 120 in 1948. With design cues from F-TYPE Chequered Flag Limited Edition, the 300PS 2.0-litre rally cars feature bespoke FIA-spec modifications. The One-off rally cars pay homage to the Jaguar XK 120, registered NUB 120, which itself achieved competition success in the RAC, Tulip and Alpine rallies.

Wales Rally GB is a stage rally motor sport event and, in 2019, is the 12th round of the World Rally Championship. The event takes place over four days of competition and each day is divided into a number of ‘Special Stages’ which are when the drivers race against the clock for the fastest time. For the rest of the event they have to follow a pre-set schedule on normal public roads to get them to the next check point on time.

Branded as Wales Rally GB since 2003 when the Welsh Government became the principal funding partner, the rally is based out of a central Rally Village with competitive stages throughout north and mid-Wales.

Wales Rally GB is the UK’s long-running round of the FIA World Rally Championship. In 2018, for the first time, the event was staged on closed public roads. This year marks the 75th anniversary of Rally GB. 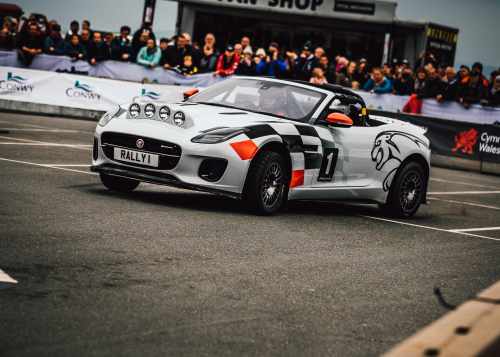 Jaguar’s F-TYPE rally car put on a final display of precision driving for spectators at the 2019 Wales Rally GB.