The Jaguar I-PACE Concept car is the start of a new era for Jaguar.  This is a production preview of the Jaguar I-PACE, which will be revealed next year and on the road in 2018.  Customers can register now at jaguar.com to be one of the first I-PACE owners.

Jaguar’s engineering and design teams have torn up the rule book to create a bespoke electric architecture, matched with dramatic design. The result is a no-compromise smart, five seat sports car and a performance SUV in one. 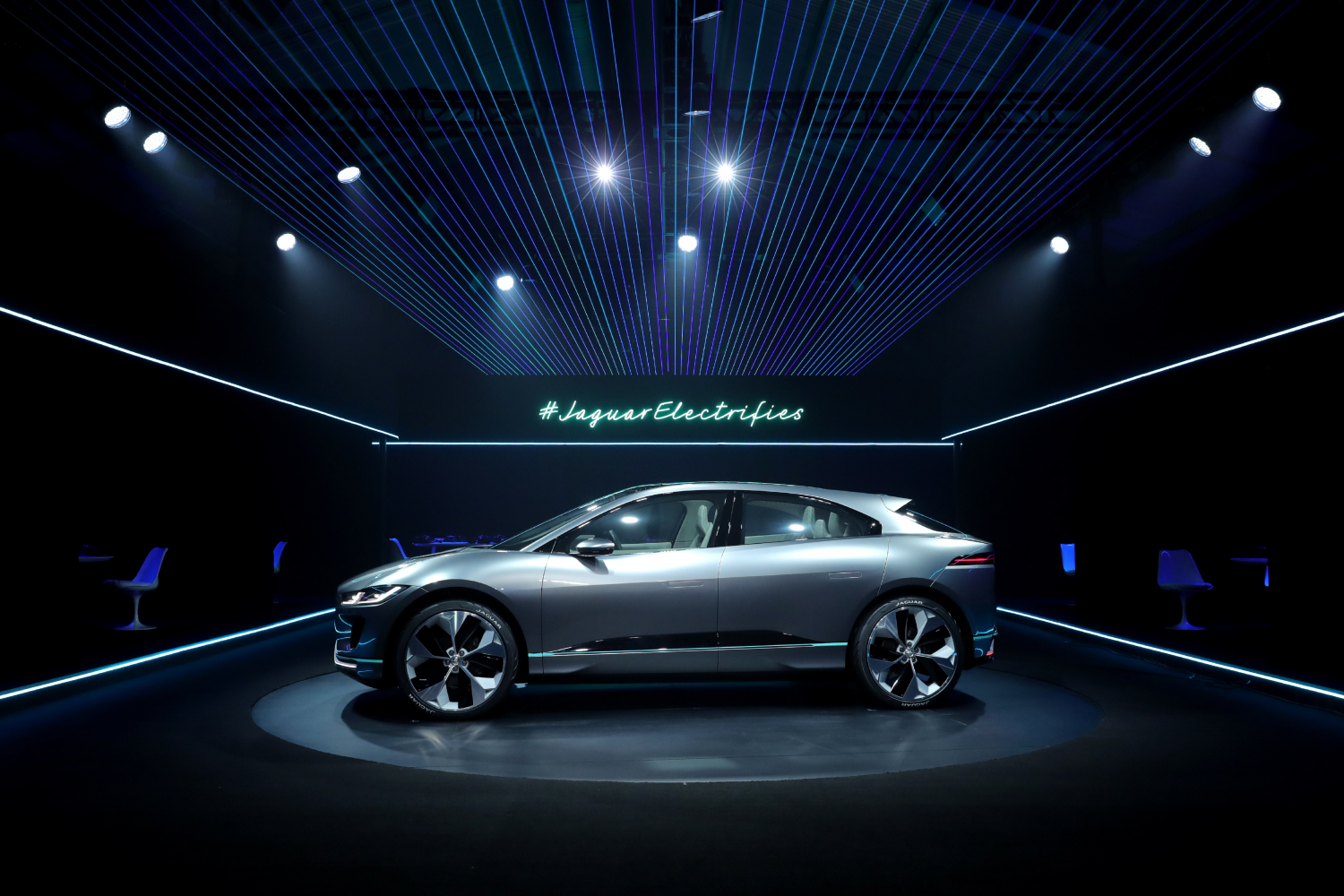 The I-PACE Concept represents the next generation of electric vehicle design. It’s a dramatic, future-facing cab-forward design with a beautiful interior – the product of authentic Jaguar DNA, electric technology and contemporary craftsmanship.

Our virtual reality reveal today has pushed technology boundaries as well, and captures the hi-tech essence of the concept car. We only have one concept car and it is in LA for the reveal. For the first time, VR has allowed us share it across the globe in the most immersive way possible. 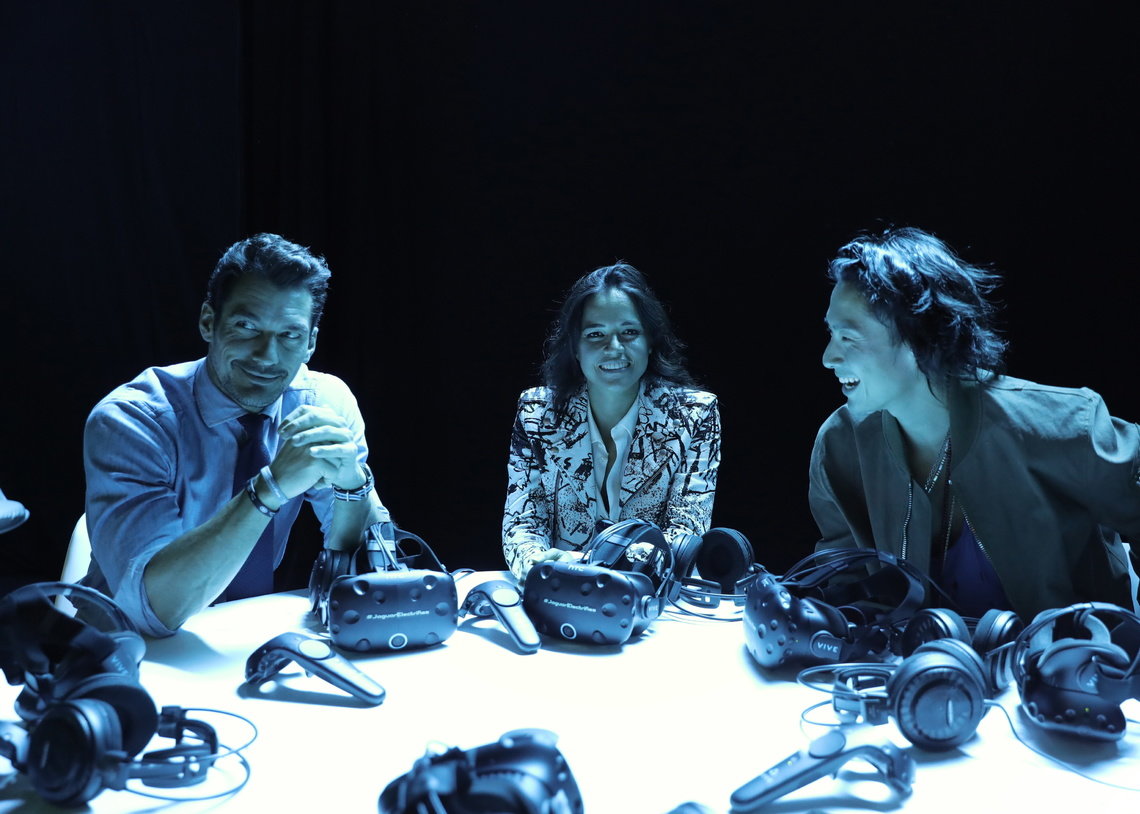 This unique and world-first ‘social VR’ reveal is believed to be the largest live and connected VR event of its type to date. Throughout the day more than 300 guests were transported into a specially created life-like virtual space, into which, two of the car’s creators, Ian Callum and Ian Hoban were projected.

From VR hubs in Los Angeles and London, groups of 66 guests including A-list stars Michelle Rodriguez, Miranda Kerr and James Corden, used HTC Vive Business Edition headsets, powered by Dell Precision workstations, to put themselves inside the concept car and interact live with other participants. Guests ‘sat’ on the concept’s virtual seats, had a 360 degree view of Venice Beach as the concept was built piece by piece around them, and saw the I-PACE Concept race towards them across a virtual desert.

This is an uncompromised electric vehicle designed from a clean sheet of paper: we’ve developed a new architecture and selected only the best technology available. The I-PACE Concept fully exploits the potential EVs can offer in space utilisation, driving pleasure and performance.

The state-of-the-art electric motors and 90kWh lithium-ion battery pack were designed in-house by Jaguar Land Rover to give the best possible performance and range for most daily journeys.  Where ever you are in the world you can simply plug your car into a wall socket overnight, and have more than enough range to complete the average daily commute of around 50 km. 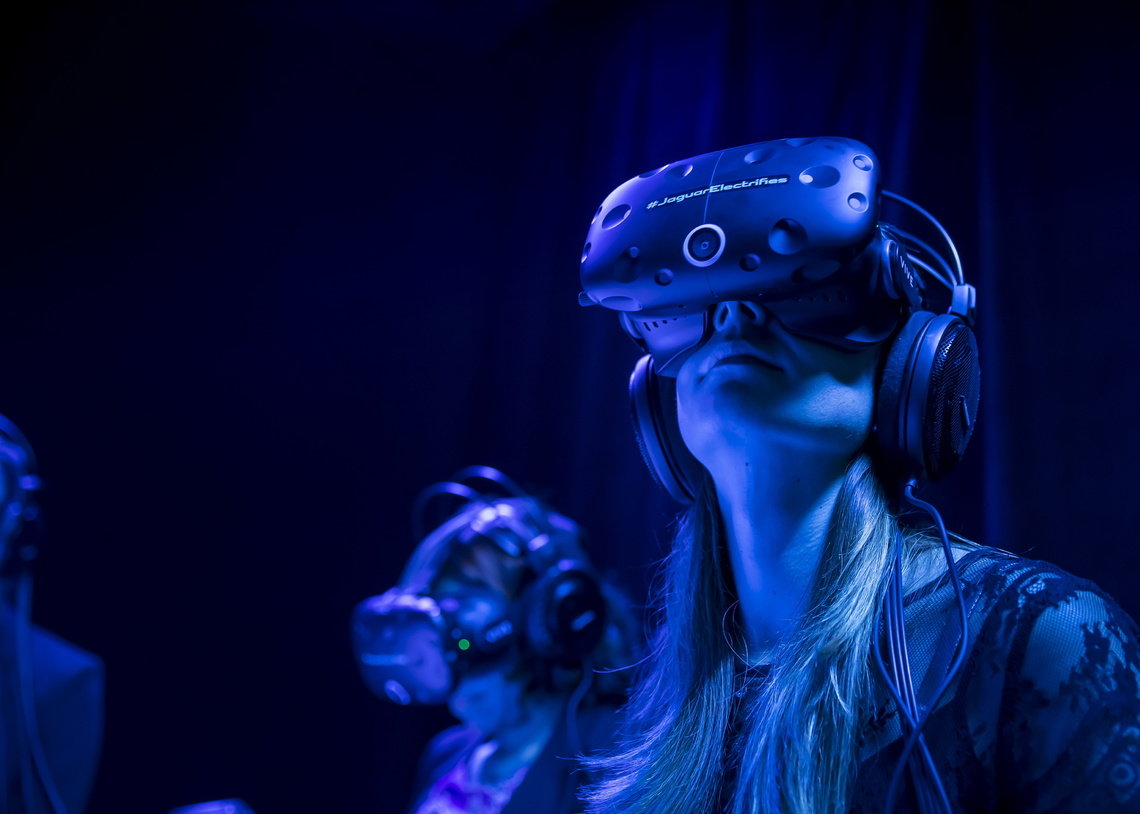 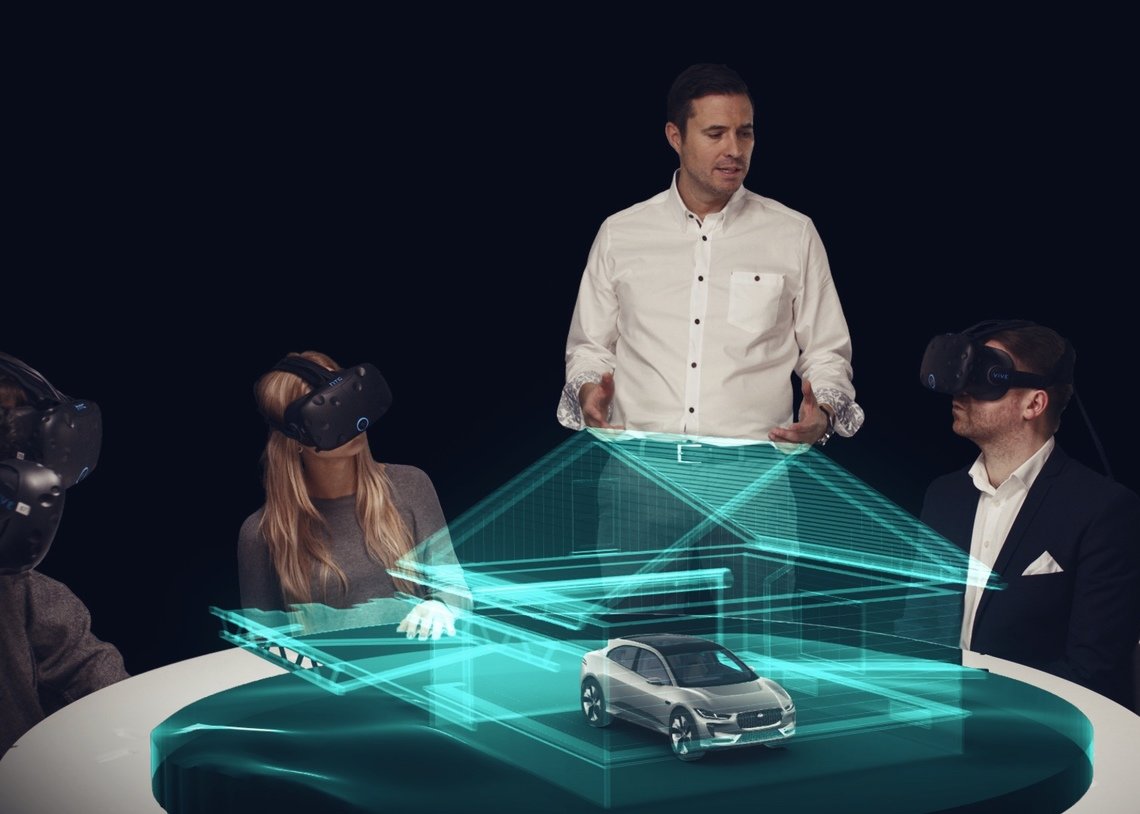 The I-PACE Concept transforms the electric driving experience and offers the driver-focused performance and response Jaguar is renowned for. To help deliver this, the I-PACE has electric motors on the front and rear axles. Their combined output is 400PS and 700Nm of torque – the same torque rating as the F-TYPE SVR.

Ian Hoban, Vehicle Line Director, described the set up to VR guests who were able to use virtual reality to get under the skin of this ground-breaking technology. He said:

Electric motors provide immediate response with no lag, no gearshifts and no interruptions. Their superior torque delivery compared to internal combustion engines transforms the driving experience. With 700Nm and the traction benefits of all-wheel drive, the I-PACE Concept accelerates from 0-60mph in around four seconds.

The virtual reality experience also allowed participants to sit in the front and rear of the Jaguar I-PACE Concept and explore the beautiful interior, discovering hidden details and features.

The interior of the I-PACE Concept is finished with beautiful, premium materials and an unwavering attention to detail. Throughout the interior you will discover a host of beautiful details to surprise and delight. From the expansive panoramic glass roof to the sporting, beautifully finished seats, every feature bears the hallmark of British craftsmanship.

And there is digital craftsmanship too, with two touch screens serving up information when and where you need it, limiting distraction and improving the driving experience. 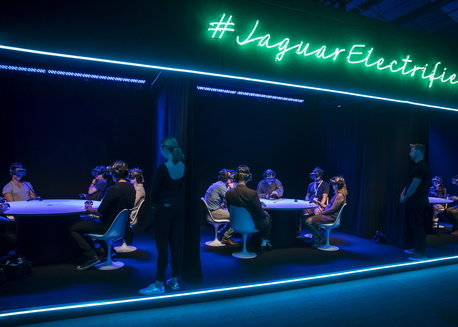 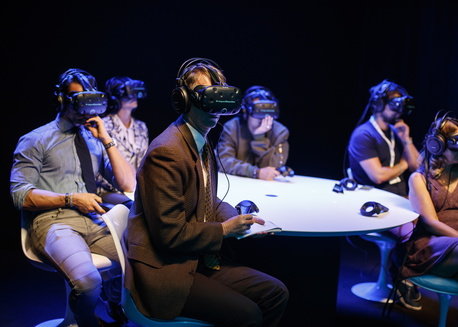 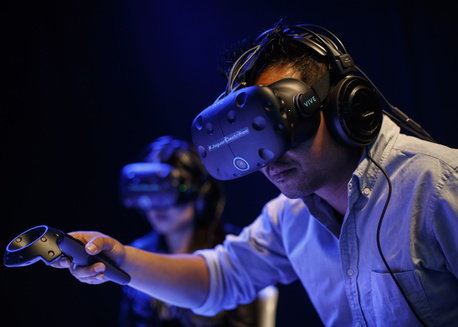 Renowned VR Director, Alexander Horton, led the creative direction. Participants experienced the car being built around them, speeding towards them and appearing to fall to Earth from another planet – clearly signalling the future-forward nature of the revolutionary Jaguar.

The new and exciting VR platform pushed the boundaries further than ever before, with the inclusion of social interaction and a live presenter broadcast into a single VR world.

Groups in both LA and London were able to communicate and interact with one another, all whilst watching Ian Callum and Ian Hoban explain through high-end real-time 3D graphics both the design process and technology behind this forward-thinking concept car.

The VR content from the reveal will now be available on Viveport through a dedicated Jaguar app allowing consumers to experience the I-PACE Concept at home.

Jaguar Land Rover is renowned for its innovative spirit, and with Vive Business Edition we’re thrilled to be the virtual reality partner to help bring their latest launch into an immersive VR landscape and to VIVE users at home. With the blend of cinematics and Vive’s room-scale VR technology, the I-PACE Concept VR experience offers an incredible level of immersion, and showcases an exciting reimagining of the traditional car launch. 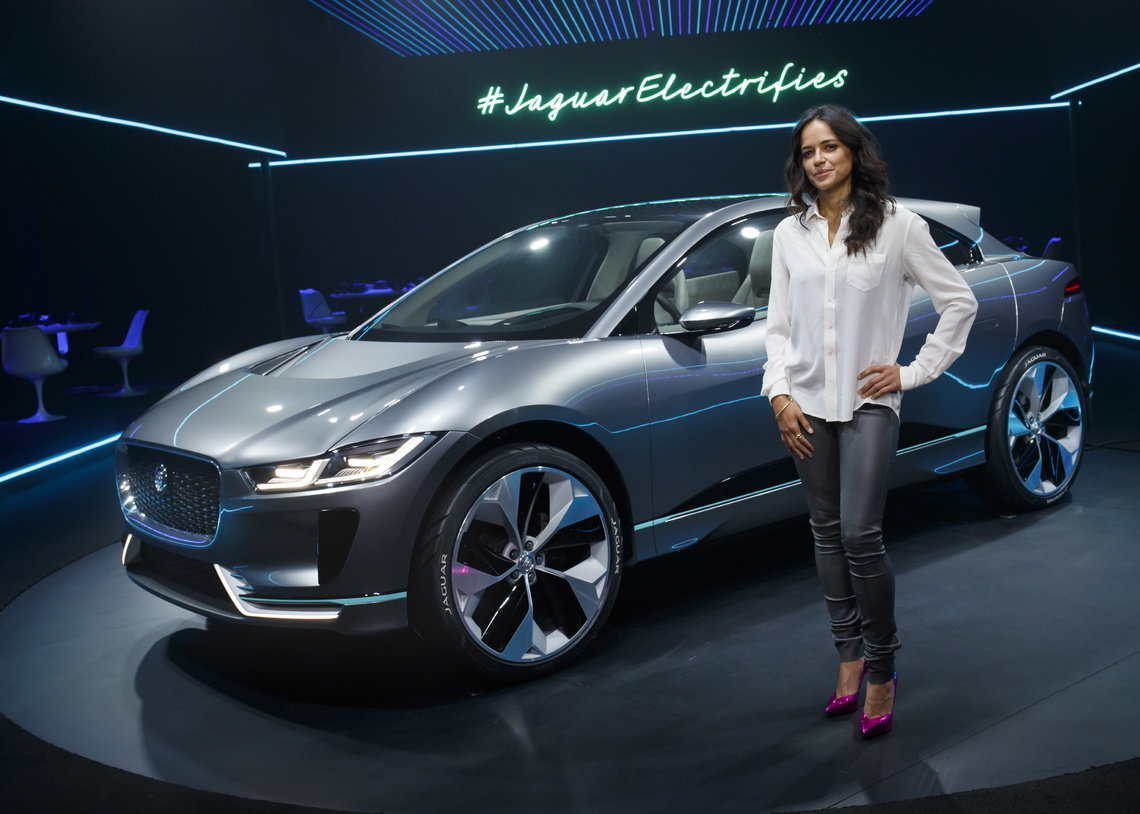 Dell Precision workstations powered the design and development of the Jaguar I-PACE Concept and the VR reveal experience. Dell Precision Tower Workstations are configured specifically with the increased performance, graphics and memory for VR content creation and advanced commercial visualization, making these types of applications possible in new areas of business, such as automotive.

Dell has long been involved in VR. We’ve been evolving our business model to introduce solutions that are optimised for the future of VR, from our VR-ready XPS and Alienware devices for the best VR experience to VR-ready Dell Precision solutions for professionals to create it. The Jaguar I-PACE Concept, designed and introduced with VR, reinforces the incredible innovation that’s possible with VR technologies and the potential to ultimately transform industries.

For the first time in history, a global automotive brand has used fully immersive VR to launch their latest car. This launch takes the individual far beyond any new car experience they would have witnessed before, allowing people across the world to connect in real time, be fully immersed within the vehicle and share live together their experience of Jaguar’s first ever electric vehicle.

Jaguar, by embracing cutting-edge technology in this way, has created an experience rich and rewarding for its consumers. It has undoubtedly redefined the future of how automotive brands introduce their new vehicles to customers. 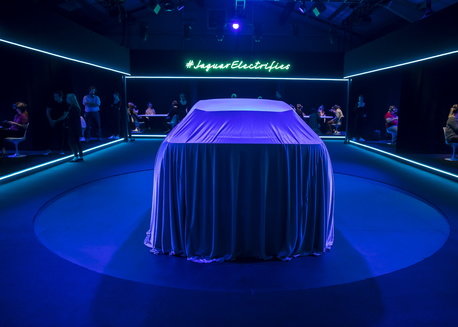 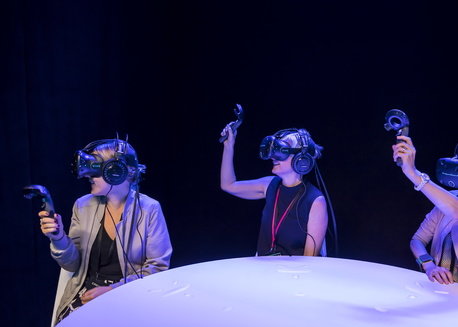 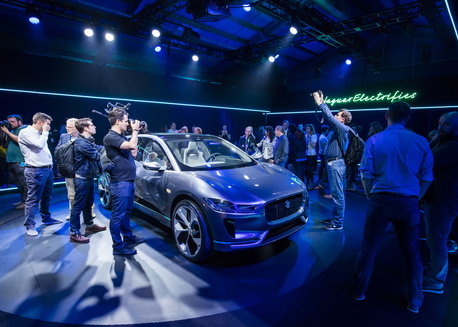 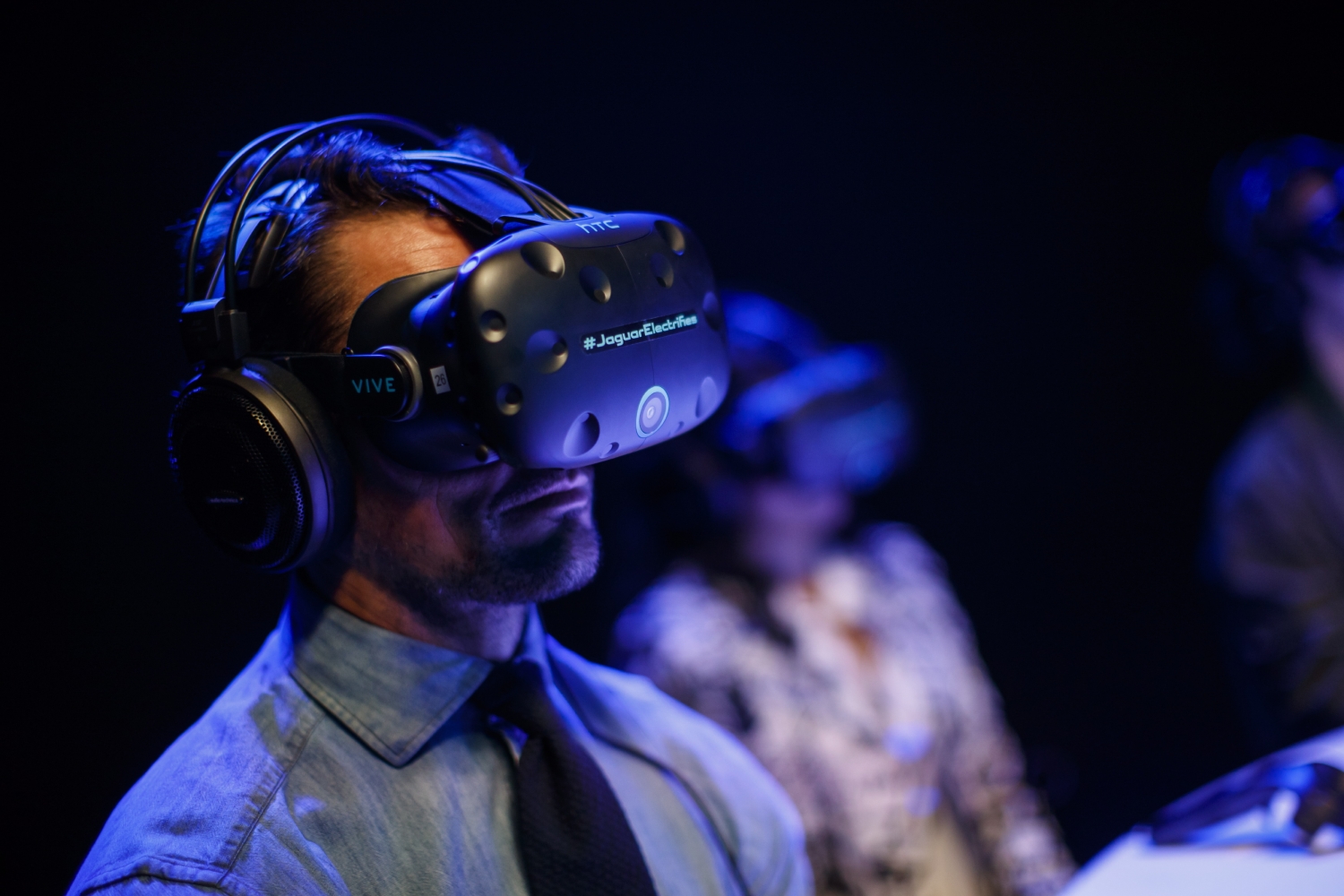 The Concept will make its first public physical appearance at the 2016 Los Angeles Auto Show on Wednesday 16 November.

Further information about the Jaguar I-PACE Concept and including a full automotive press kit can be found at www.media.jaguar.com

VIVE is a first-of-its-kind virtual reality platform developed by HTC and Valve for total immersion in virtual worlds. Designed from the ground up for room-scale VR and true-to-life interactions, VIVE delivers on the promise of VR with game-changing technology and best-in-class content. VIVE has been recognized with over 65 awards and wide critical acclaim since its unveiling in 2015. For more information, visit www.VIVE.com. 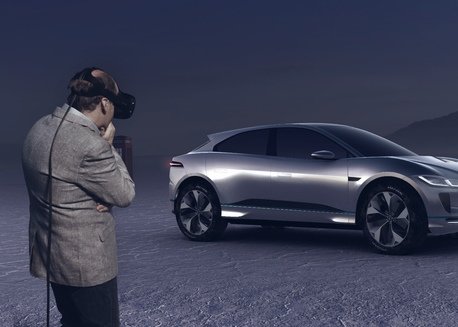 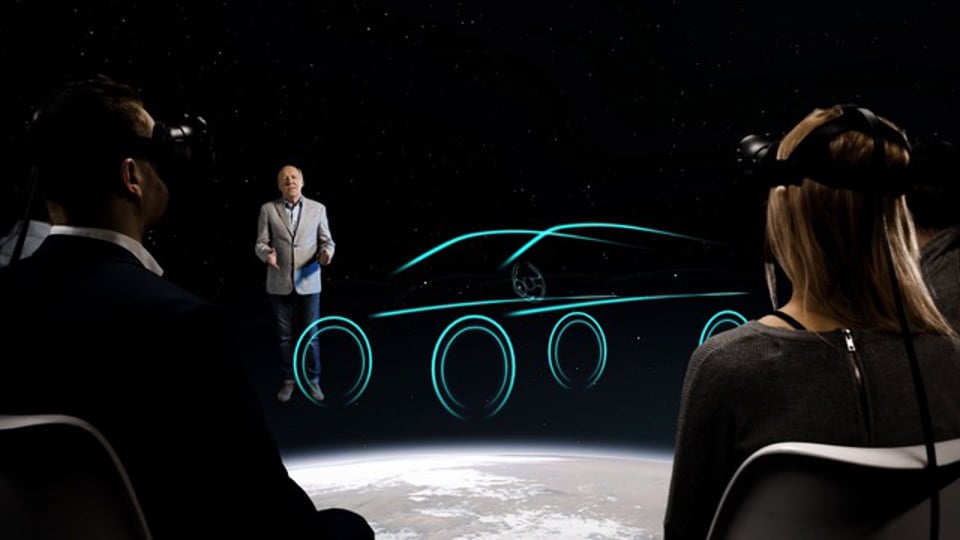 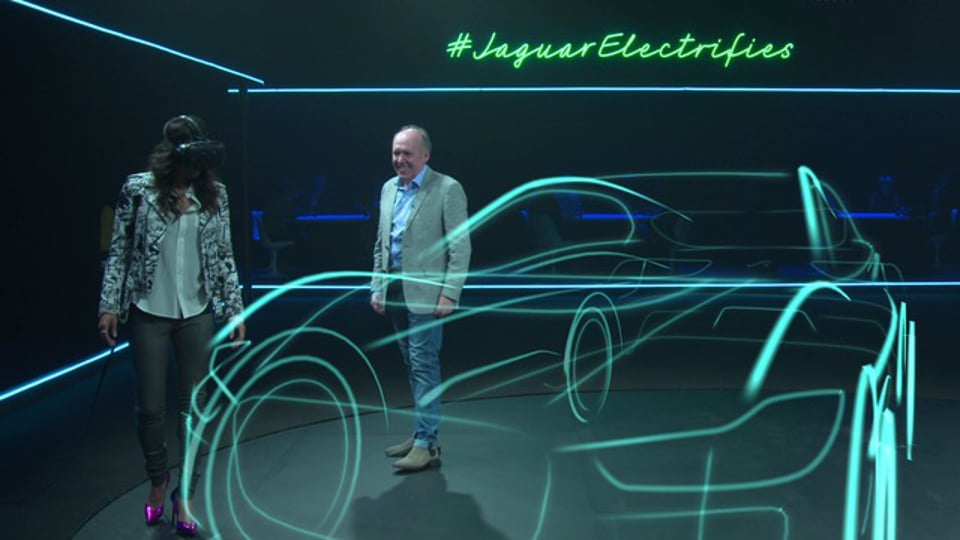 JAGUAR ELECTRIFIES WITH THE I-PACE CONCEPT CAR - WITH MICHELLE RODRIGUEZ

JAGUAR ELECTRIFIES WITH THE I-PACE CONCEPT CAR - WITH MICHELLE RODRIGUEZ 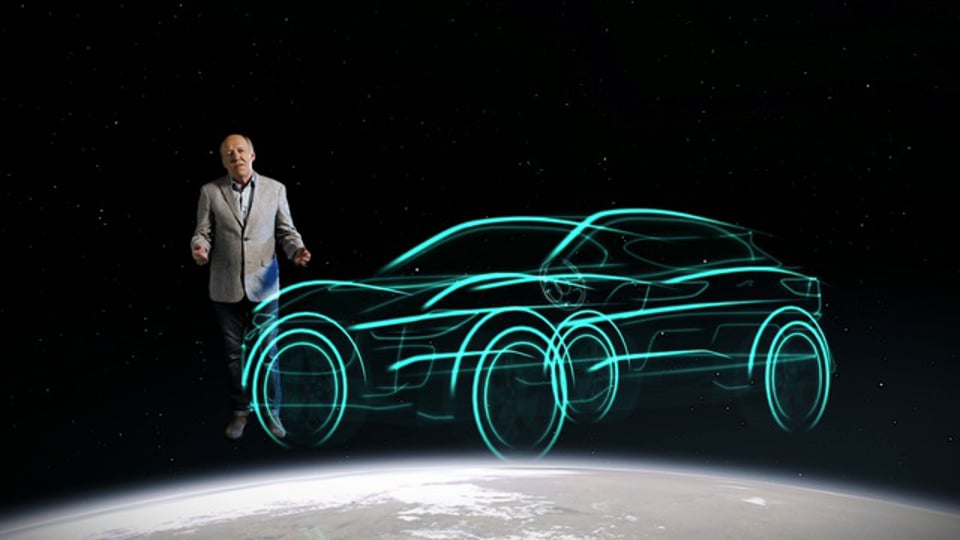 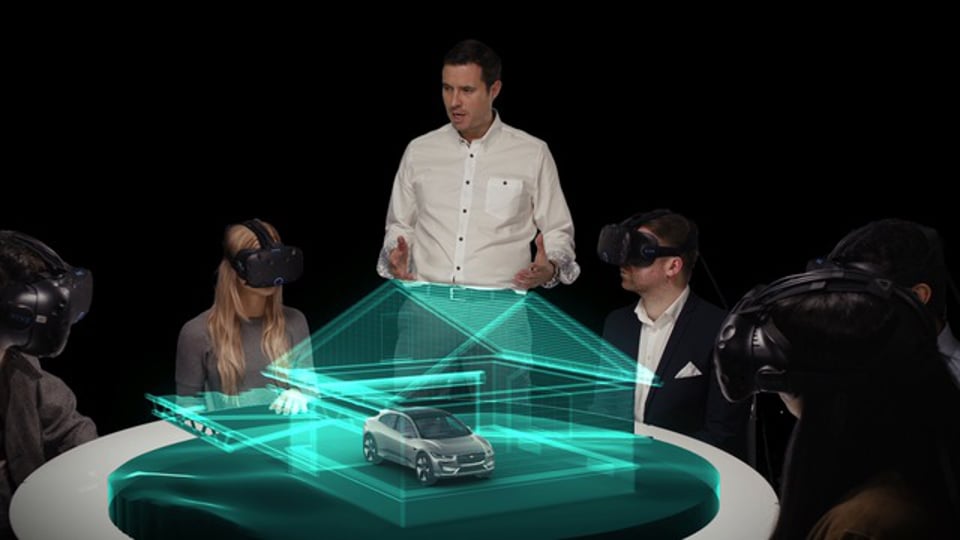 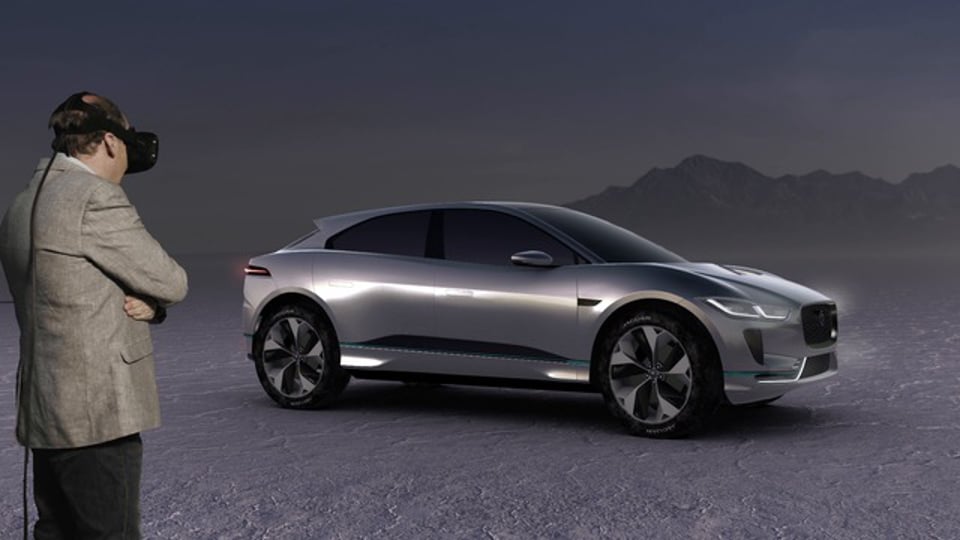 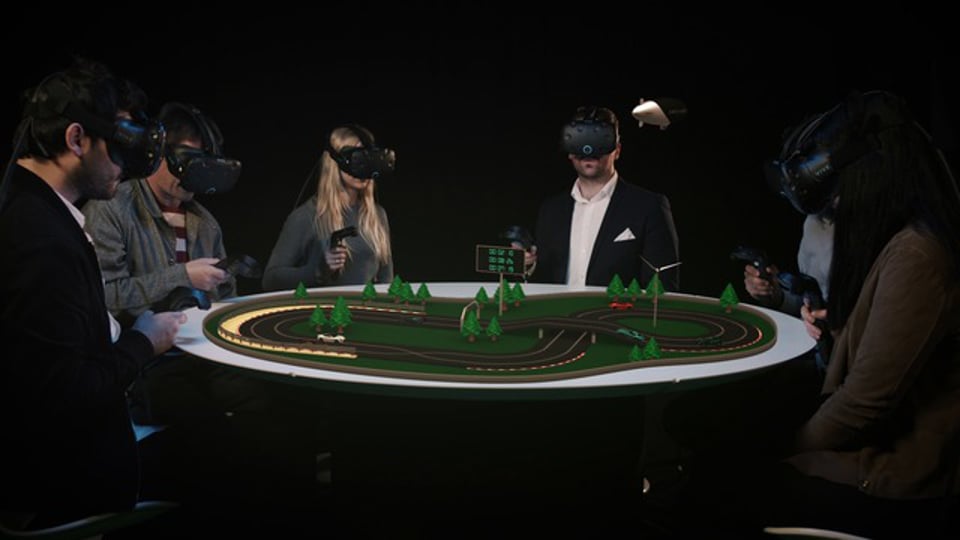