Golden Globe and Emmy Award winning actor, Damian Lewis, plays the lead in a short feature film, created by Jaguar in association with Ridley Scott Associates and to be released early 2013.

The breathtaking trailer gives a tantalising glimpse of what's in store for viewers when the film is released later this Spring and paints a picture of the dramatic storyline without giving too much away.

It's also a chance to see the award winning line-up of cast members in action, as well as the brand new F-TYPE, that will take centre-stage in the film.

"After weeks and months of working on the script and developing the film with Jaguar, it's fantastic to see it come to life."

The trailer gives a hint to what viewers can expect from the short film, which will be released in April.

"When Jaguar approached me about the F-TYPE Desire film I was really intrigued. I then got to read the script and decided it was definitely a project I wanted to be a part of. Working with the director Adam Smith from Ridley Scott Associates, it promises to be an adventure. Jaguar cars have played some iconic roles in film for many years and I'm looking forward to being the first to drive the F-TYPE in film".

The film tells the story of Clark (Lewis), who delivers cars for a living, running into trouble after a chance encounter with a mysterious, young woman (Sossamon) in the middle of a lawless desert. Directed by Adam Smith, this is a story of betrayal, retribution, passion and greed.

5)    All-aluminium with front-engined and rear-wheel drive, the F-TYPE is engineered to deliver pure dynamic driving reward and stunning performance

6)    Visually, the F-TYPE's exterior demonstrates a new sports car design language for Jaguar, with cleaner lines delivered through the discreet use of technology such as deployable spoiler and door handles 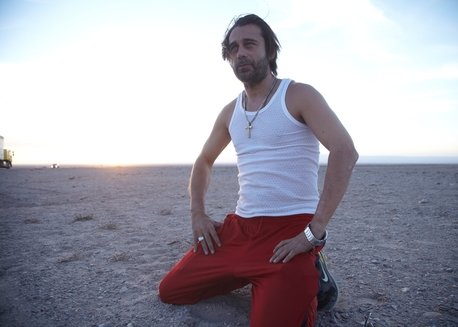