The C-X75 received the highest overall score among the segment winners in the Car, Truck and Production Preview categories, to earn the night's coveted award. This marks the firstMost Significant Concept Vehiclehonor for the brand and the third Concept Vehicle award. The Jaguar ALC concept won in 2005 and the C-XF in 2007.

North American Concept Vehicle of the Year Awards recognize those vehicles most likely to shape the future of the automobile industry. This year, more than two dozen jurors participated in a selection process that involved a total of 29 vehicles, each introduced to North America during this season's auto shows in Los Angeles, Detroit, Chicago, Toronto, and New York. Finalists in this year's Car category also included the Audi Quattro, the Mazda Shinari, and the Porsche 918 RSR Hybrid.

"The Jaguar C-X75 is one of the most visually arresting cars ever. Call it aggressive elegance. The novel turbine-based range-extender hybrid powertrain recalls the Chrysler Turbine Car, but looks ahead to what could be a practical alternative to conventional power sources," said juror Chris Poole.

"We are extremely proud to have been named theMost Significant Concept Car of the Year,"said Ian Callum, Design Director for Jaguar. "We're at our best when we're breaking the mold - making our cars stand out for all the right reasons.  C-X75 is an exciting project for us and a clear statement of Jaguar's intent to continue creating bold, innovative and beautiful performance cars."

TheMost Significant Concept Car of the Yearhonor and theConcept Car of the Yearaward adds to the C-X75 supercar's growing list of accolades, which includes being namedAutoWeek's'Best in Show' at the 2010 Paris Moto Show and receiving the 2010Louis Vuitton Classic Conceptaward in February.

In May, Jaguar announced its plans to launch the remarkable C-X75 concept car as an exclusive hybrid supercar, making it the British marque's most advanced model to date. The Jaguar C-X75 will offer performance on a par with the fastest production cars on the market, while adopting cutting-edge technology that offers remarkably economical running.

From its beginning as a manufacturer of motorcycle sidecars in 1922, Jaguar Cars has grown to become one of the world's premier manufacturers of luxury sedans and sports cars and with that, one of the most recognized commercial brands. The company's vision is simple: To produce beautiful fast cars that are desired the world over. Jaguar manufactures its XJ, XF and XK models in the Castle Bromwich manufacturing plant in the United Kingdom and is fully engaged in environmental programs, community work and brand awareness exercises such as motorsports.

About the North American Concept Vehicle of the Year Awards

Founded in 2002, the North American Concept Vehicle of the Year Awards recognize those concept vehicles that have made the strongest impact in terms of automotive design, engineering and market responsiveness. Professional automotive journalists from throughout North America, representing dozens of outlets in virtually every media segment serve as volunteer jurors to select the award winners.

From among the winning vehicles in these categories, the vehicle with the highest total score is named the Most Significant Concept Vehicle of the Year.

These awards are unique in that they are judged by a diverse panel of automotive journalists from throughout North America, and considered in the specific context of the North American market. By extending the review to the whole package - design, style, materials, technology, market viability and market responsiveness - and concentrating the focus on the market that the jurors know best, the North American Concept Vehicle of the Year Awards provide truly valuable feedback to help shape the future of the automotive industry. 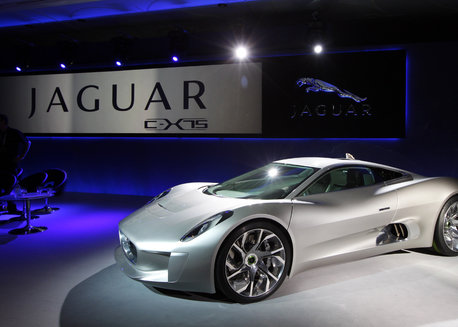