Tonight, the stars aligned for Jaguar UK’s latest partnership launch. In its mission to nurture creativity and celebrate women in the arts, Jaguar UK’s partnership with the British Film Institute (BFI) and with Everyman officially commenced with an all-star screening of Billie Piper’s much anticipated directorial debut, Rare Beasts at Everyman Broadgate.

Friday 21st May 2021, 20:00 (BST), London: Tonight, the stars aligned for Jaguar UK’s latest partnership launch. In its mission to nurture creativity and celebrate women in the arts, Jaguar UK’s partnership with the British Film Institute (BFI) and with Everyman officially commenced with an all-star screening of Billie Piper’s much anticipated directorial debut, Rare Beasts at Everyman Broadgate.

Through an integrated partnership approach, Jaguar will present a selection of ‘Woman With A Movie Camera’ screenings at Everyman venues nationwide throughout 2021. The first of those is Rare Beasts, a pitch-black comedy about a woman named Mandy (Billie Piper). Mandy is a modern woman in a crisis. Raising a son, Larch (Toby Woolf) in the midst of a female revolution, mining the pain of her parents' (Kerry Fox, David Thewlis) separation and professionally writing about a love that no longer exists, she falls upon a troubled man, Pete (Leo Bill), who is searching for a sense of worth, belonging and ‘restored’ male identity.

It’s a huge honour to be part of the BFI’s ‘Woman with a Movie Camera’ family, aligned with such an incredible group of inspirational female filmmakers. I am beyond thrilled that Rare Beasts has its official Premiere at Everyman and thank Jaguar, Everyman and the BFI from the bottom of my heart for their amazing support.

Since we announced our ‘Woman With A Movie Camera’ partnership in March, we’ve been waiting for cinemas to re-open so that we can engage with audiences on the topics that really matter.

We are passionate about bringing a touch of the extraordinary to people’s lives and by telling the story behind the story, by shining a light on the creative process and by amplifying the reach of the works of these enormously talented women, we hope we can do just that.

A special-guest audience of cast, crew, friends and family took to their luxury, socially distanced, Everyman sofas for the premier, personally introduced by Billie in a short interview by Anna Smith, film critic and host of the popular Girls on Film podcast. Billie’s insights and inspiration will be captured live and simulcast to 14 Everyman screens across the UK for audiences to enjoy nationwide.

Rare Beasts is a joy to watch, and it announces Billie Piper as a hugely talented writer-director. It's so important to spotlight British female filmmakers like her, and bring them to a wide audience. It's what we do on Girls On Film, and I'm thrilled that Everyman and Jaguar share our passion for bringing brilliant women to the forefront of the film conversation.

Film critic and host of the popular Girls on Film podcast

The UK is ready once more to be entertained. We’re excited to head that call and partner with Jaguar to bring audiences extraordinary experiences throughout 2021, all with our unique offering of film, food, drink and exceptional service. Together, we’ll be keeping you on the edge of your seat…or sofa!

Head of Brand Partnerships at Everyman

About Everyman
Everyman is an independent network of boutique cinemas and one of the fastest growing networks in Europe. With a focus on great food and drink, comfy sofa seating and a broad programme of films and events, Everyman offers a great night out for all its guests.

Currently formed of 35 venues, Everyman will soon be opening venues in new communities across the UK and welcoming our first international venue, Edinburgh, due 2022.

About Rare Beasts
Rare Beasts is the dark, funny, failed love story of Mandy and Pete. Written and directed by Billie Piper. Produced by Vaughan Sivell.

Distributed in the UK & Ireland by Republic Film Distribution www.republicfilmdistribution.co.uk

“A fully-formed director, a forcefully original writer and a brilliant performer – on the evidence of Rare Beasts, Ms Piper might be one of the most exciting big screen talents to emerge from the UK for some time”
Little White Lies ****
@LWLies

This partnership was brokered by The Story Lab, Dentsu X and Pearl & Dean.

About Jaguar
Jaguar’s heritage of elegant design and breathtaking performance has excited and delighted the world for over 80 years. Today’s world-class Jaguar family comprises the award-winning XE, XF and XJ saloons, the dramatic F-TYPE sports car, the F-PACE performance SUV – the fastest-selling Jaguar ever – the E-PACE compact performance SUV and I-PACE, the all-electric performance SUV and 2019 World Car of the Year that puts Jaguar at the forefront of the electric vehicle revolution. 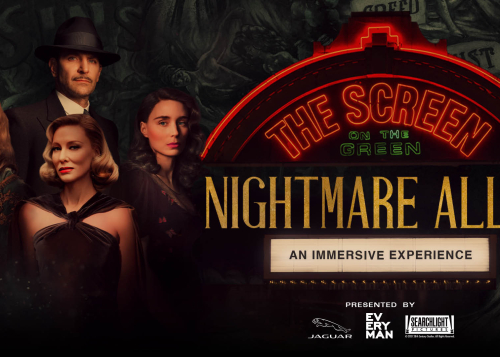 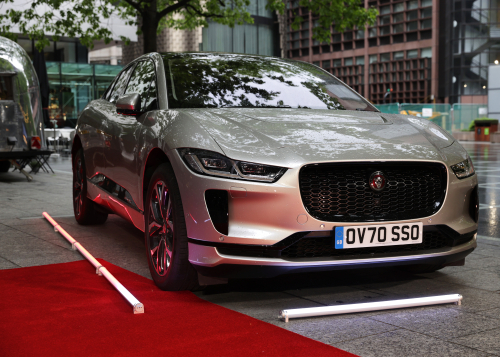 Stars align for the premier of Billie Piper's directorial debut 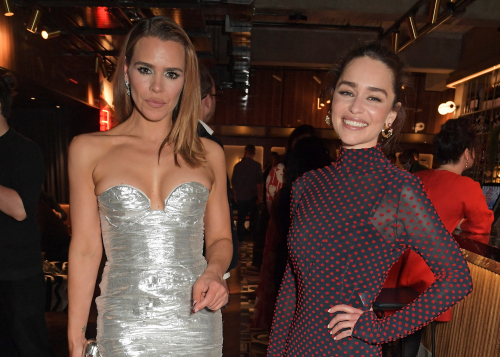 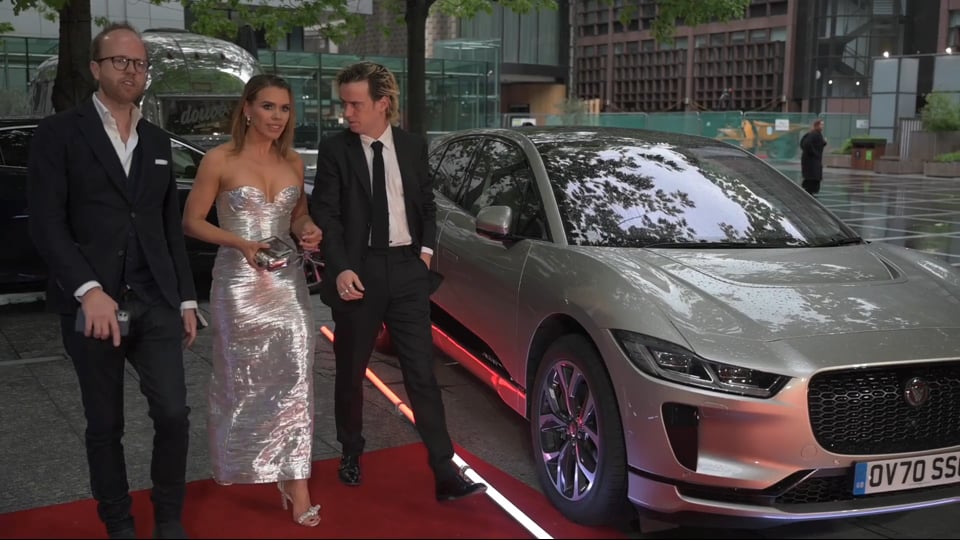 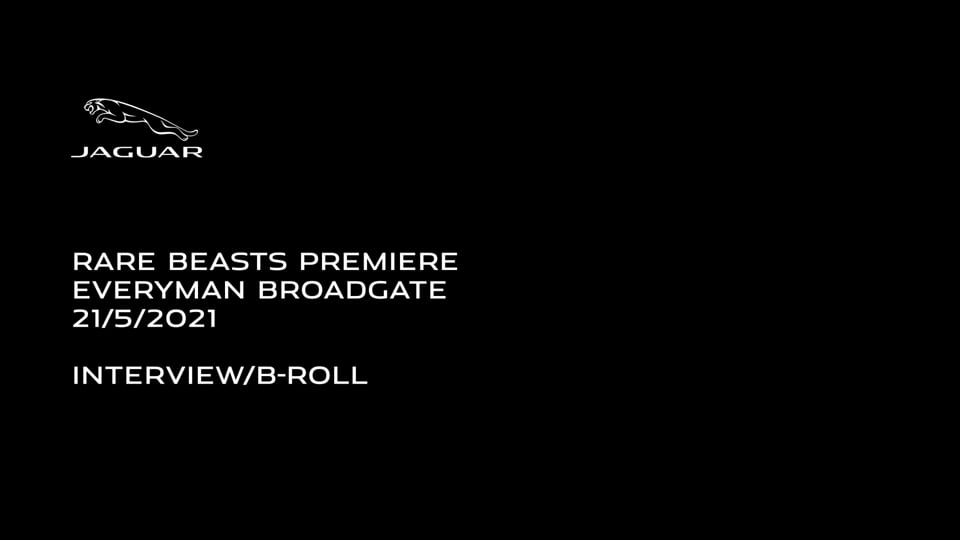 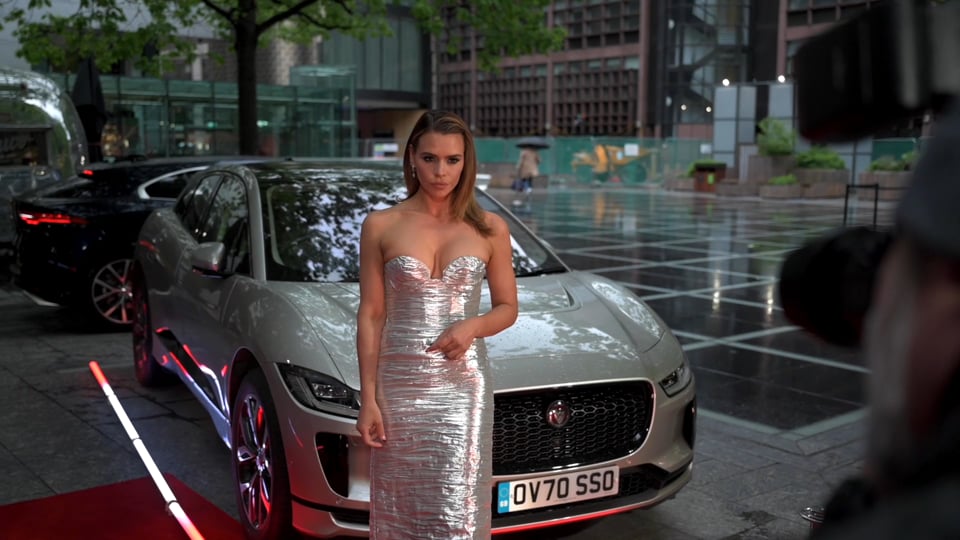