A trio of new models from Jaguar Land Rover representing the pinnacle of luxury, performance and technology, will make their global dynamic debuts at this year’s Goodwood Festival of Speed, hosted from 23rd-26th June.

Whitely, UK, 21st June 2022: A trio of new models from Jaguar Land Rover representing the pinnacle of luxury, performance and technology, will make their global dynamic debuts at this year’s Goodwood Festival of Speed, hosted from 23rd-26th June.

Visitors will see the New Range Rover Sport, Jaguar F-PACE SVR Edition 1988 and New Land Rover Defender 130 in motion for the first time – all revealed within the last six weeks. They’ll be joined on the Duke of Richmond’s famous hill climb route by the New Range Rover and Jaguar F-TYPE R, highlighting the breadth of design, luxury and innovation across the Jaguar and Land Rover line-ups.

The Festival of Speed’s dynamic route provides the perfect showcase for Range Rover Sport’s new levels of agility and performance, courtesy of its pioneering architecture, Dynamic Air Suspension and a suite of chassis technologies that are the most advanced ever fitted to a Land Rover. The result is the most exciting, engaging Range Rover Sport yet.

The third-generation luxury performance SUV combines dramatic modernity and a distinctive, imposing presence with a choice of powerful, efficient powertrains, including two six-cylinder Electric Hybrid plug-ins, which deliver an electric only real-world range of up to 70 miles, six-cylinder 48V mild-hybrid Ingenium petrol and diesel engines, plus a new V8 Twin Turbo 530PS V8 that allows 0-60mph to be dispatched in as little as 4.3 seconds. This peerless array of capabilities is already finding favour with customers, with over 4,000 UK orders placed in the first few weeks since its reveal.

The Jaguar F-PACE SVR Edition 1988 – unveiled at the start of June – is a special edition, built to honour the Jaguar XJR-9 that won its race in 1988. Its appearance at Goodwood Festival of Speed will be the first opportunity for many to not only hear the fierce 550PS Supercharged V8, but to also see the remarkable attention to detail in its design. Its Midnight Amethyst Gloss paintwork appearing black until its amethyst undertones are revealed in bright sunshine, while the Champagne Gold forged alloy wheels and interior details add a subtle flourish. As befits such a unique car, it’s strictly limited in availability, with only 394 on sale worldwide.

Also, sure to cause a stir on the hill climb is the all-wheel-drive Jaguar F-TYPE R, with its 575PS supercharged 5.0-litre V8 allowing it to do 0-60mph in 3.5 seconds and a top speed electronically limited to 186mph.

Completing the dynamic debuts will be the New Land Rover Defender 130, which adds another dimension to the critically acclaimed family of all-terrain vehicles thanks to an extended body that means greater interior space, making it perfect for expeditions with up to eight adults seated in comfort. While Land Rover’s Intelligent All-Wheel Drive (iAWD) system ensures the Defender 130 is unstoppable in the toughest of off-road environments, the Festival of Speed will afford the ideal opportunity to demonstrate its ability to optimise on-road efficiency and comfort as necessary, too.

For many visitors, Goodwood will also be the first chance to see the New Range Rover in action. The definition of modern luxury, it provides more refinement and scope for personalisation than ever before. Since its launch earlier this year, more than 10,000 UK orders have been placed, revealing enormous demand for the latest evolution of an icon.

Away from the action on the hill, visitors can also stop in at the Jaguar Land Rover stand, where there is an opportunity to book onto a rear-wheel-drive F-TYPE drifting experience or a Land Rover off road experience.

The Goodwood Festival of Speed is always one of the highlights of our calendar, and it’s a fitting reflection of the rate of advancement at Jaguar Land Rover that we’re able to present three global dynamic debuts at this year’s event. It’s a wonderful opportunity for visitors to appreciate some of our fantastic new products, witnessing the very latest innovations in British design and engineering at one of the most iconic venues in the world.

At Jaguar Land Rover, we are driven by a desire to deliver class-leading vehicles, which will provide experiences our customers will love, for life. Our products are in demand around the globe. In 2019 Jaguar Land Rover sold 557,706 vehicles in 127 countries.

We support around 260,000 people through our retailer network, suppliers and local businesses. At heart we are a British company, with two major design and engineering sites, three vehicle manufacturing facilities, an Engine Manufacturing Centre and soon to be opened Battery Assembly Centre. We also have vehicle plants in China, Brazil, India, Austria and Slovakia. We have seven technology hubs. In the UK these are based in Manchester, Warwick (NAIC) and London. Globally these are located in Shannon, Ireland, Portland, USA, Budapest, Hungary and Changshu, China.

We have a portfolio of electrified products across our model range, embracing fully electric, plug-in hybrid and mild hybrid vehicles as well as continuing to offer the latest diesel and petrol engines. All new Jaguar and Land Rover vehicle models offer the option of electrification, giving our customers even more choice. 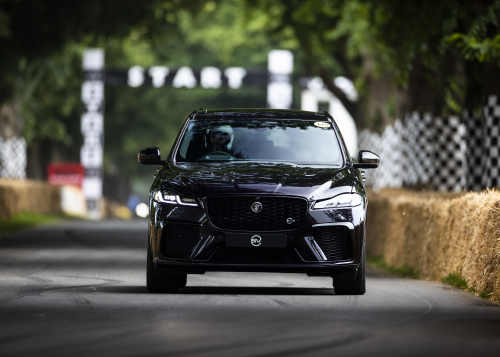 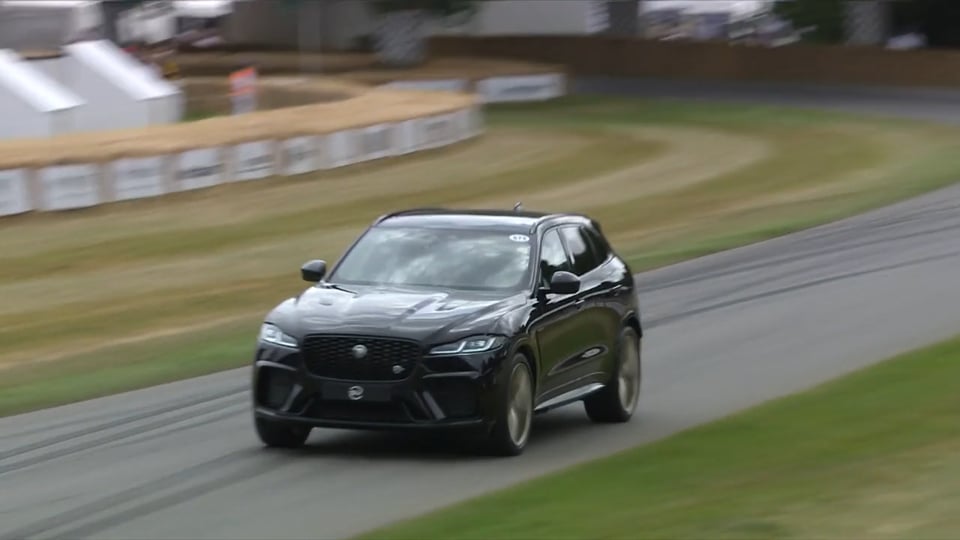