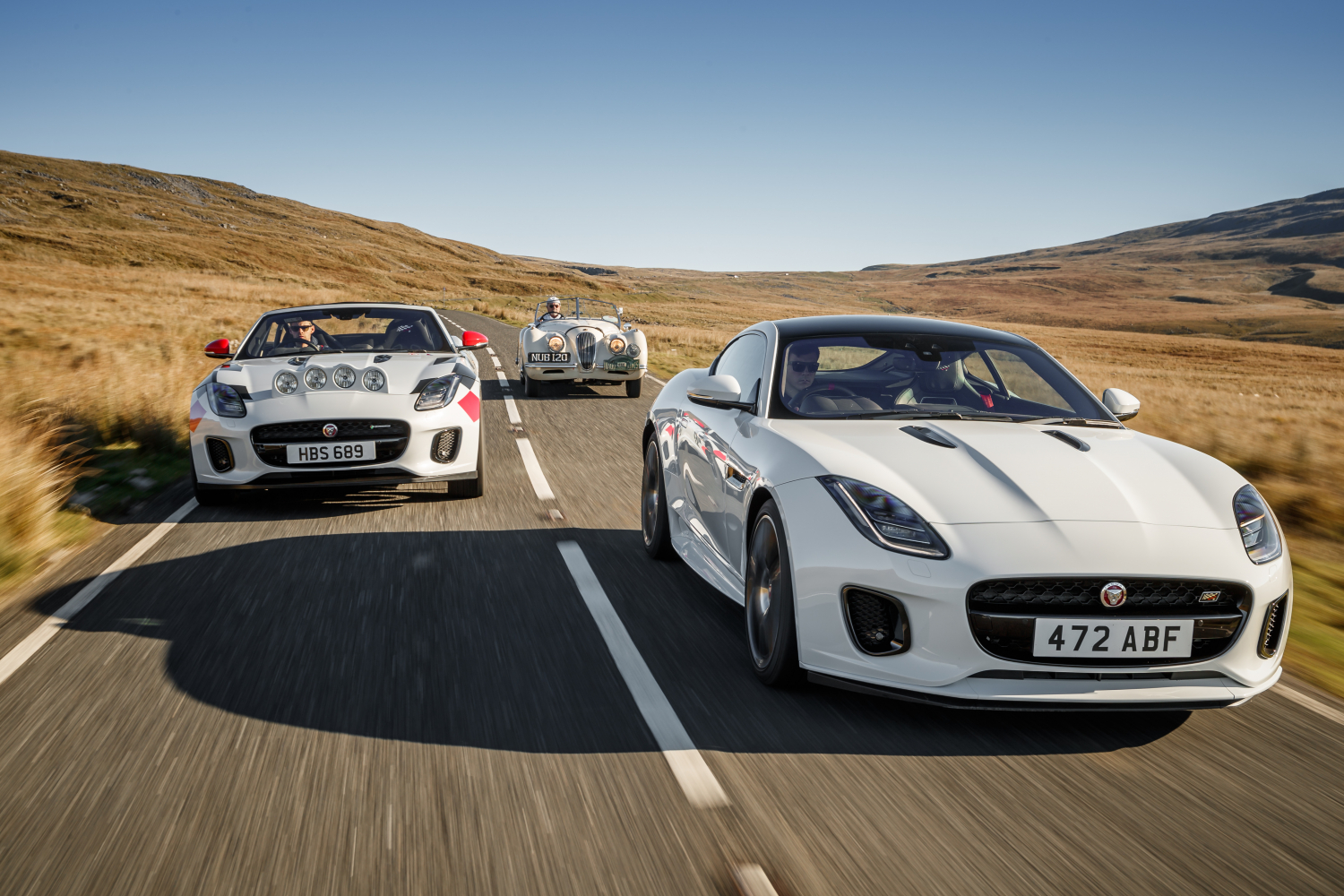 The one-off F-TYPE rally cars also pay homage to the legendary Jaguar XK 120 registered ‘NUB 120’ which, in the early 1950s in the hands of Ian Appleyard, completed three consecutive Alpine Rallies without incurring a single penalty point, and won the RAC and Tulip.

Both rally-specification F-TYPE Convertibles are powered by Jaguar’s 300PS 2.0-litre Ingenium four-cylinder petrol engine. With modifications overseen by Jaguar Design and Engineering, both cars were built to FIA specification, with comprehensively uprated brakes and suspension fitted alongside a protective rollcage, race-seats with six-point harness, bonnet-mounted light pod and fire extinguisher. 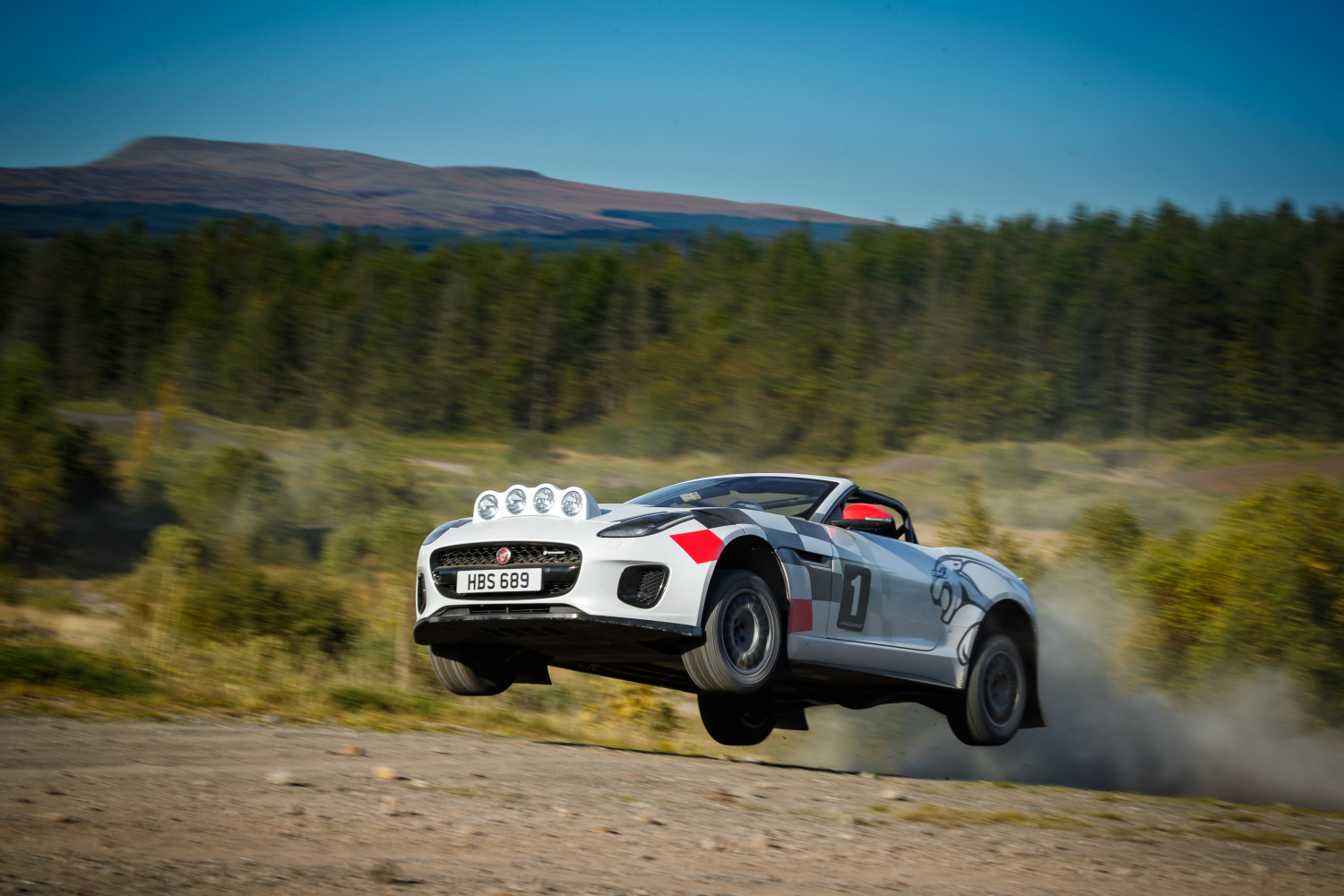 The opportunity to design a rally car doesn’t come along very often so I was fascinated to see how we could take our modern day sports car to a similar character. These models are a fitting tribute to the XK 120 and all the great Jaguar sports cars since its reveal 70 years ago, including the latest F-TYPE Chequered Flag Limited Edition.

The rally F-TYPEs feature upgrades to the brakes, suspension and drivetrain including the addition of grooved discs with four-piston calipers front and rear. Hand-built competition dampers and softer springs ensure the high performance cars can be driven flat-out over rough rally stages. Three-way adjustable dampers allow the cars to be tuned for different surfaces and feature spherical bearings for added precision. With motorsport-spec wheels and tyres specifically for use on gravel, a limited-slip differential improves power delivery on loose surfaces while a hydraulic handbrake helps drivers tackle hairpin bends. 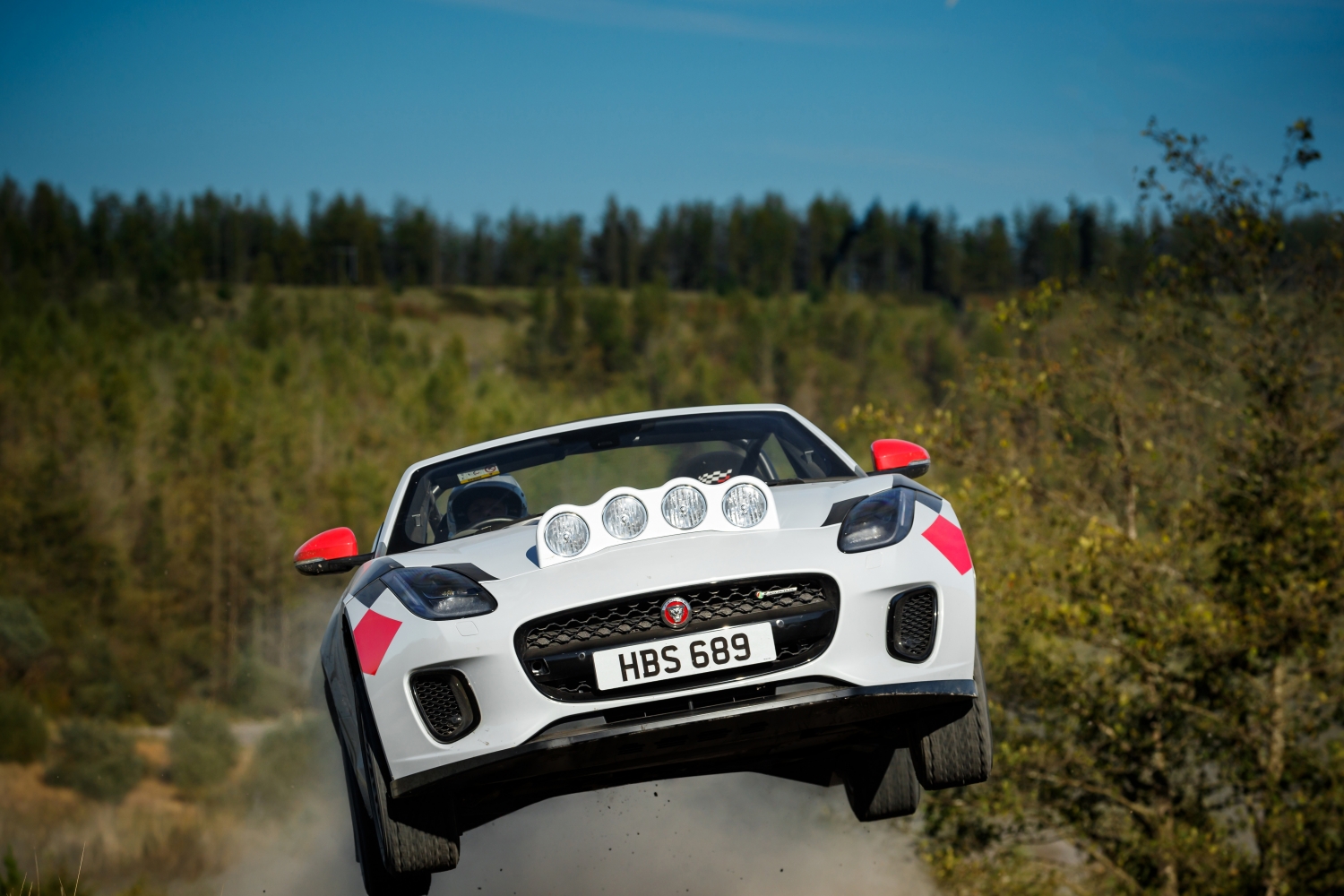 The celebratory models were put through their paces at Walters Arena rally stage, South Wales, to demonstrate their performance credentials and will now attend a series of Jaguar events over the next few months. 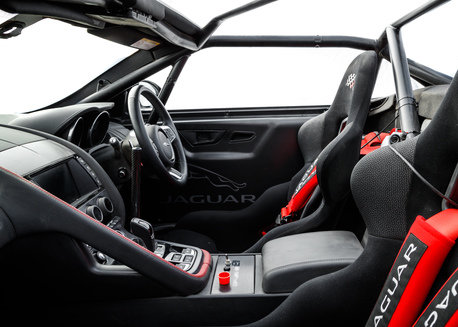 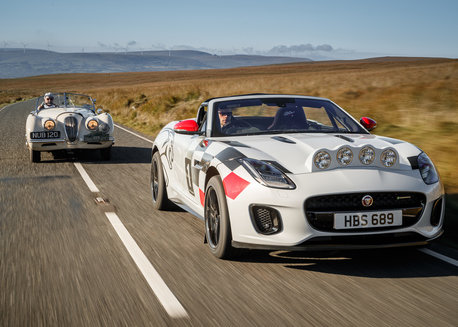 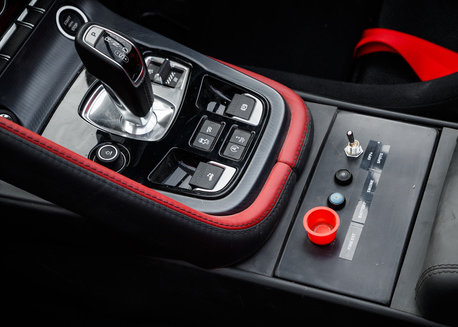 The Jaguar F-TYPE Chequered Flag Limited Edition is available from £62,335 and can be configured at www.jaguar.co.uk

Jaguar founder, Sir William Lyons, revealed the XK 120 sports car at the 1948 Earls Court Motor Show. It was the fastest production vehicle of its time and reaction to it was very positive, thanks to its striking design with swooping fenders and long flowing lines.

The XK 120 was successful on both the road and the race track, completing the gruelling Alpine Rally unpenalised three years running from 1950 in the hands of Ian Appleyard and wife Pat – the daughter of Jaguar founder Sir William Lyons – for which they were awarded the coveted Coupé D’Or (Gold Cup). In 1951 the Appleyards and their XK 120 also won the 3,400km-long, pan-European Tulip Rally and the 1953 RAC Rally of Great Britain – the first time outright winners were declared.

Encouraged by the XK 120’s near-victorious Le Mans debut in 1950, Jaguar invested heavily in its sports car programme and, the following year, the all-new C-type was victorious at the legendary 24-hour endurance race. Recognised as one of the most beautiful race cars ever, the C-type was designed by aerodynamicist Malcolm Sayer and thanks to its sweeping, fluid shape, became the first Le Mans winner to set an average speed over 100mph.

Another Le Mans success followed for the C-type two years later, this time with the pioneering use of disc brakes, before the D-type took over in dominant fashion. Winning three times in a row from 1955, it was the first car to use an aircraft-style monocoque and shared much of the C-type’s design, as well as its all-round disc brakes and XK engine.

Restrictions on engine size later that decade ended Jaguar’s run of success at Le Mans, the marque instead turning its attention back to the road and the E-type. Revealed in 1961, sporting a long, elegant bonnet and sleek monocoque alongside a 3.8-litre straight six XK engine, the E-type’s enduring appeal lasted through three generations. It has now been reimagined as an electric vehicle, E-type Zero, by Jaguar Special Operations.

The XJ-S arrived in the mid-1970s, took Tom Walkinshaw to European Touring Car Championship victory in 1984, and sold over 100,000 models in 21 years. The XJ220 was unveiled in 1992 and, capable of reaching more than 210mph, was the fastest production vehicle at the time. It was followed four years later by the XK8, which became Jaguar’s fastest selling sports car of the time over the next decade.

Next came the all-aluminium and Ian Callum-styled XK and XKR in 2005 and 2006 respectively, before the F-TYPE’s arrival in 2012. The definitive Jaguar sports car, the F-TYPE is the spiritual successor to the E-type, delivering an unrivalled balance of seductive design, stunning performance and outstanding dynamics. 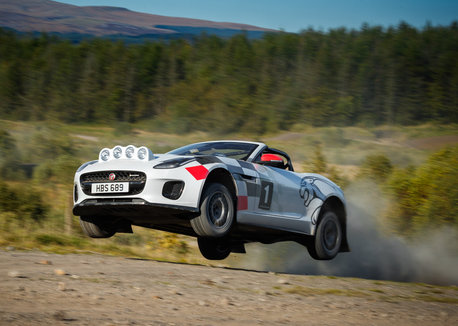 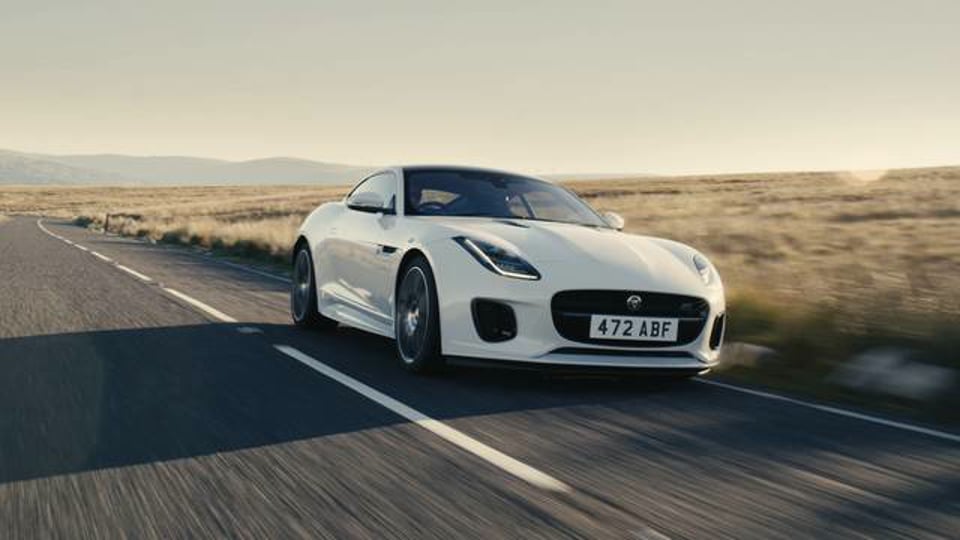 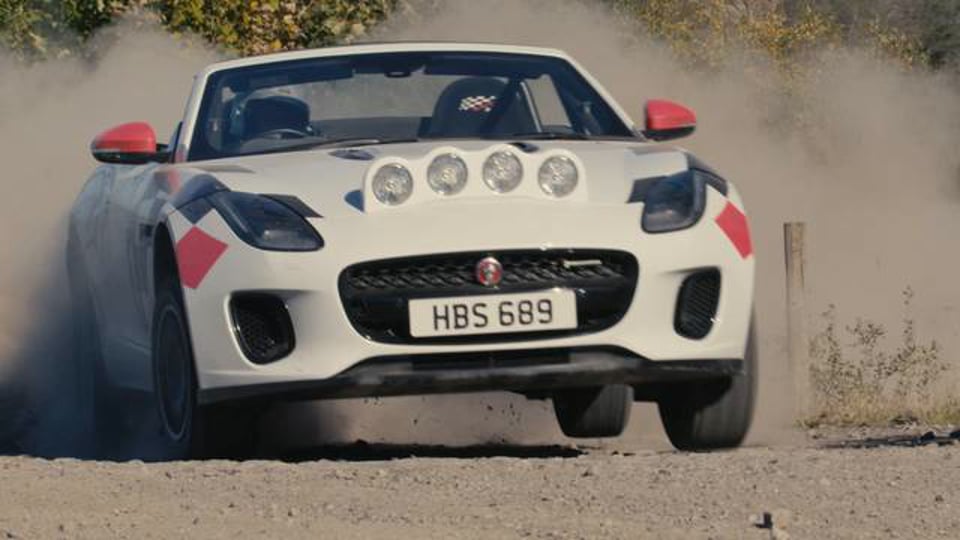 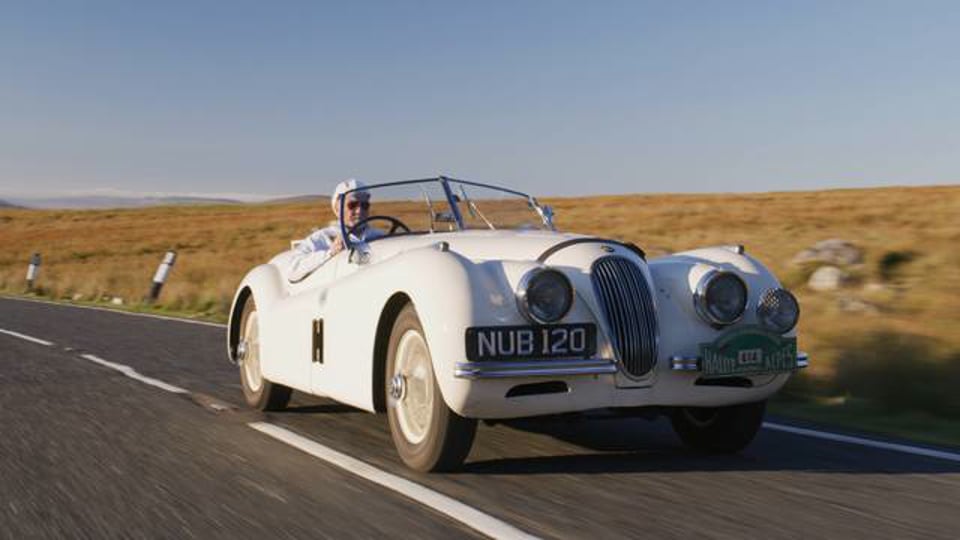