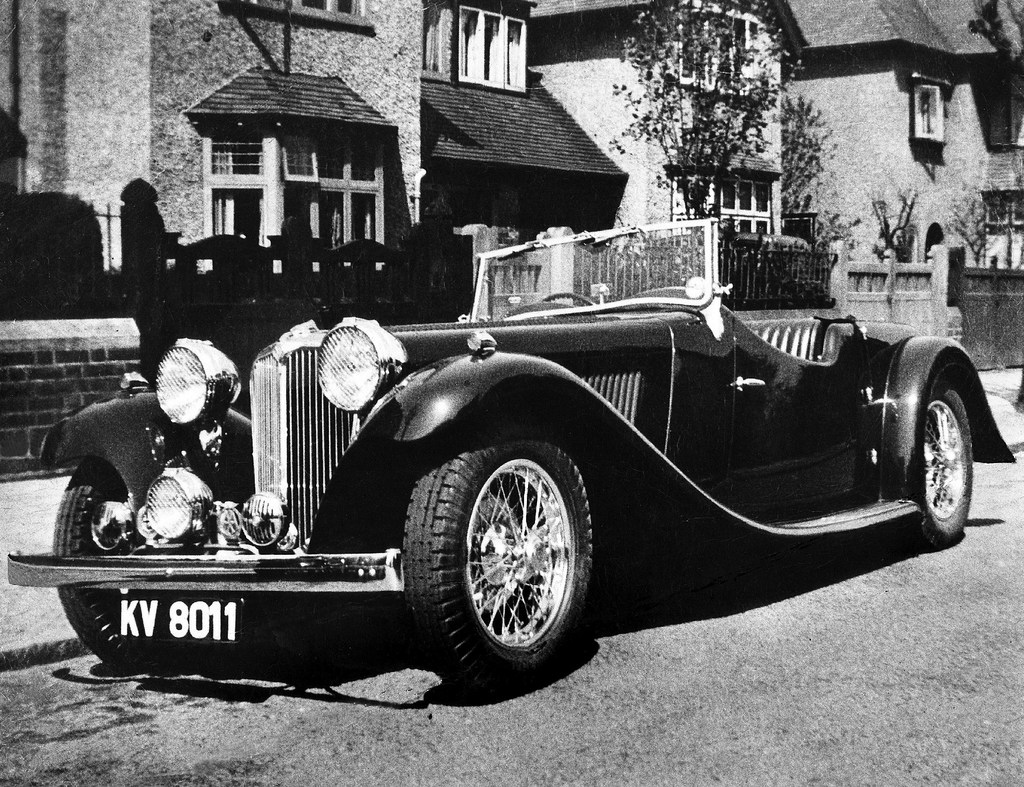 1934 SS1 “WALMSLEY ROADSTER” – THE BIRTH OF THE JAGUAR SPORTS CAR

The significance of the "Walmsley Roadster" is not to be underestimated. It was the first sports car to be built by a company whose name would become synonymous with the sports car Jaguar. Its style would set the standard for gracefully, powerful sports cars for decades to come. Further, it brought SS Cars, soon to be Jaguar, into the modern age of aluminum bodies and all the benefits this material had to offer.

In 1934, William Walmsley, Chairman and Managing Director of SS Cars Ltd designed and had built a special SS for himself. It was built on a standard SS1 chassis (Number 247564), utilized the same car’s 2.5 liter 6-cylinder side valve engine, but would be a true two-seater sports car with a disappearing convertible top and fold down wind screen. All designed to provide the "wind-in-your-face" kind of driving that Walmsley cherished from his Motorcycle and Swallow Sidecar days.

This sleek new SS version, finished in Walmsleys favorite color, Olive green with matching Olive green leather interior, was completed in March of 1934. True to his roots, Walmsley designed the body to be built out of aluminum, as were his beloved Swallow Sidecars. While utilizing the chassis of the SS1, the body was styled to reflect his own unique blend of personal style and panache. 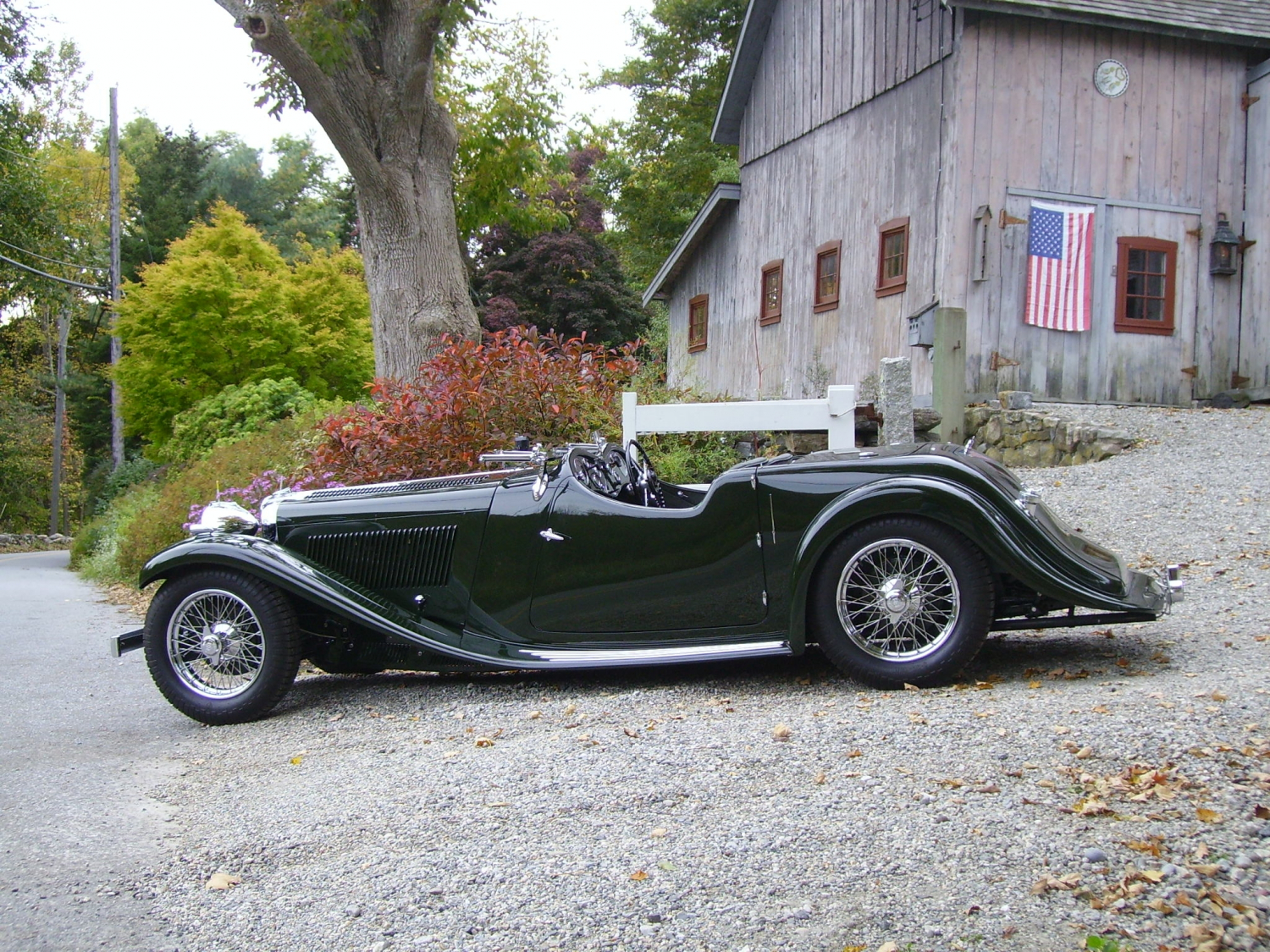 The Walmsley SS1 was cutting edge in many ways for 1934 – It came from the factory with chrome wire wheels, a very upmarket Ekco CR75 car radio and an Andre Hartford adjustable shock absorber system, all very rare options to be found on any car of this period.

The aluminum bodied Walmsley Roadster laid down a set of design queues that would be incorporated into future company sports cars, the SS90, SS1 Drop Head Coupe, SS100 and the post war Jaguar XK120.

This stunningly beautiful car was likely one of Walmsley's last designs under the SS roof. In 1935, he accepted a buyout and retired as Chairman and Managing Director leaving William Lyons in charge.

The Walmsley SS1 essentially vanished from the known world until much later. Walmsley sold it to a US Army officer who brought it to America in the spring of 1956 when his tour of duty in Europe was up. In 1959, he sold it to a fellow officer.

40 years later, in 1999, the third owner sold it to Brian Beni, and the Walmsley SS1 Roadster was rediscovered. Since most of those intervening years saw the car in storage in various stages of disassembly, it was still complete down to its original engine, ash frame, alloy body and English registration plate KV8011.

This unique, one of a kind sports car was acquired and lovingly restored by the Beni Family of Westchester County, New York. 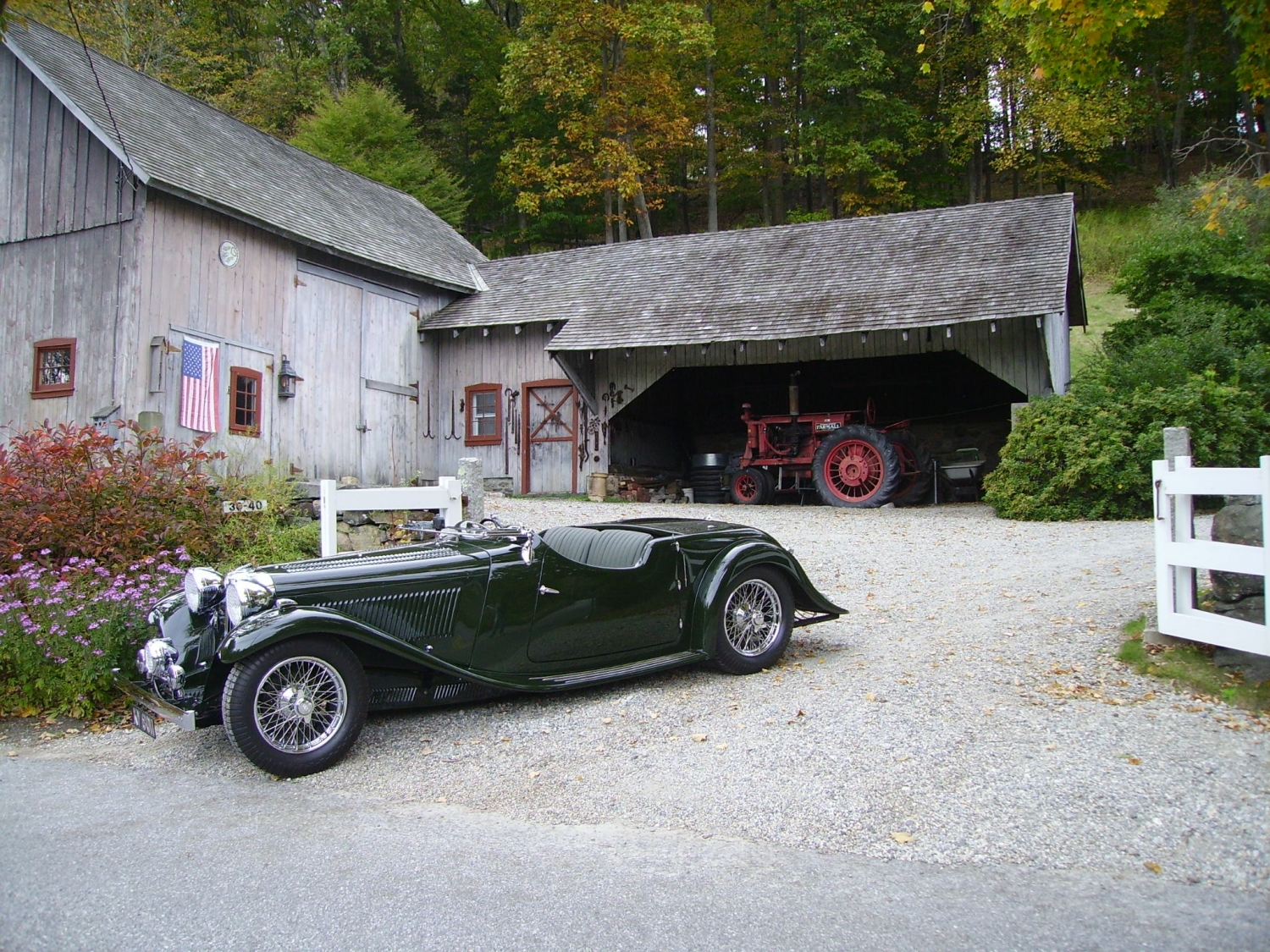