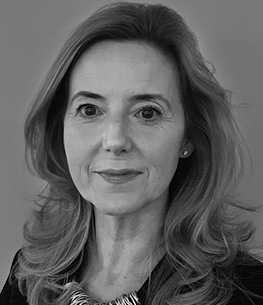 Lindsay joined Jaguar Land Rover in 2012 as Network Development Manager for the Overseas Region and moved to the Chief Executive’s Office later that year.

Starting her career with Ford in 1990, Lindsay held a variety of Sales and Marketing roles both for Ford Credit and Ford Motor Company. She is most proud of the two years she spent ensuring Ford were market leader of the UK Motability Scheme.

Moving to Aston Martin in 2006 as UK Sales Manager, Lindsay spent six years there, most notably running the UK National Sales Company during the 2008 recession.

Lindsay has a Bachelor of Science degree in Retail Automotive Management from Loughborough University.

A keen runner, Lindsay lives in Stratford upon Avon with her husband.